By: The News Reporter of the ‘Yad Ezer Lechaver’ Foundation 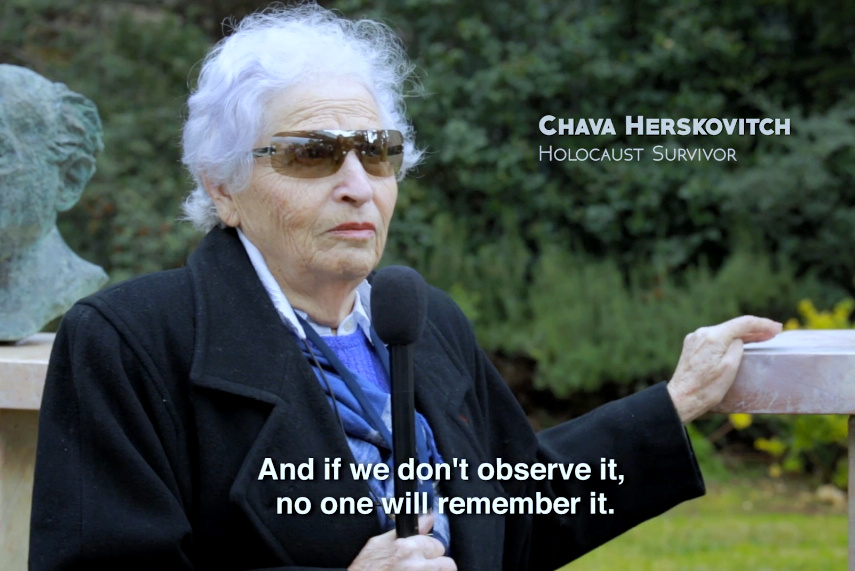 The foundation’s founder and director Mr. Shimon Sabag, thanked all of the guests from Germany for devoting their time to visiting Israel and the foundation’s many Holocaust survivors. The guests from Germany were given an extensive overview in German by Yudit Setz, Deputy Director of the Welfare Department at the Christian Embassy of Jerusalem who accompanied the visit throughout the whole day, about ‘The Warm Home for Holocaust Survivors’ and the lifetime achievements of Shimon Sabag.

During the visit of the delegation of guests from Germany, they listened attentively to the many testimonies of the numerous Holocaust survivors, residents of the ‘Warm Home for Holocaust Survivors’, about their life stories and their fascinating stories of survival from the time of the Holocaust. The Holocaust survivors told of how they valiantly survived the hell of the Auschwitz death camp and the Nazi oppressor. 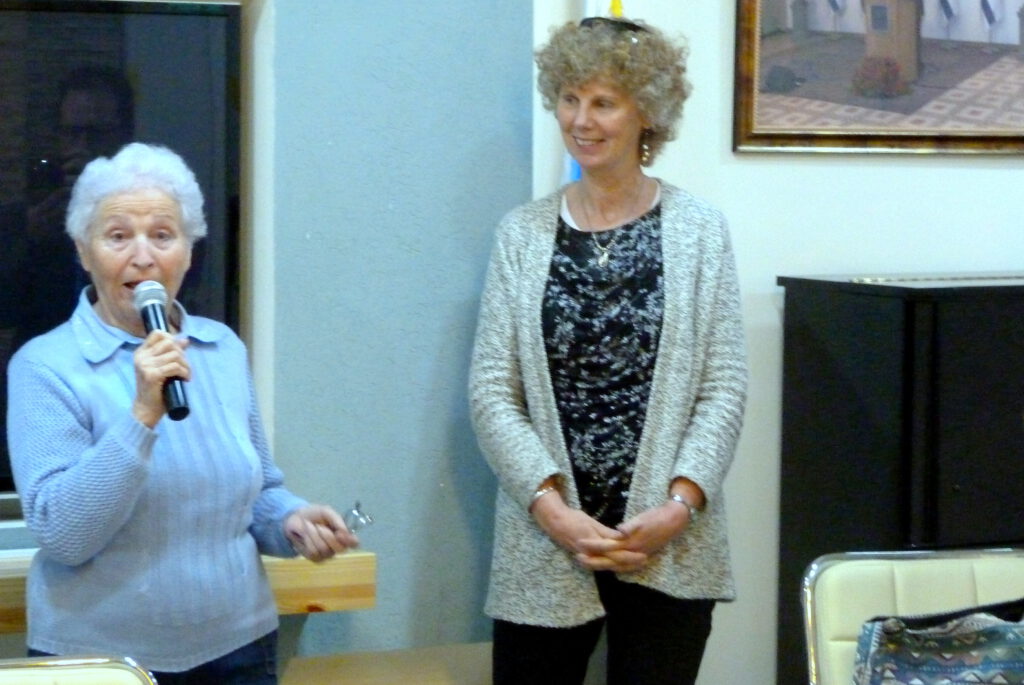 All the members of the group listened most attentively to Holocaust survivor Ms. Chava Hershkovitz, 82 years old, born in Romania and resident of the foundation’s ‘Warm Home for Holocaust Survivors’, who told of her life in the time of the Holocaust when she was evicted from her home in Romania in the year 1941, and was sent to a detention camp in the Soviet Union, where she stayed for three years. Ms. Hershkovitz said to the guests: “We want it not to be forgotten that there was a Holocaust, and if we don’t point this out then nobody will remember any more.” It is worth noting that Ms. Hershkovitz has herself been supporting the ‘Warm Home for Holocaust Survivors’ for many years with all its needs, and with administrative work in the foundation’s office in a fully voluntary role.

Most emotional and heart rending stories were recounted by artist and painter Ms. Mania Herman, 83 years old, born in Romania, who now lives in the ‘Warm Home for Holocaust Survivors’, who told of her childhood when she was just 8 years old and under the shadow of the Nazi oppressor at the time of the Holocaust, during which her, her parents and all her family were deported to a concentration camp in Ukraine where they suffered from the most difficult living conditions, starving from a lack of food, in terrible cold and in constant sickness. The many guests from Germany were given a tour of her exhibition of paintings in the social club. Ms. Mania Herman has a particularly heart rending story, she has already written three books about her childhood in the Holocaust and her survival together with her parents in the camp of Transnistria in Ukraine, as well as her aliyah to Israel. She has been painting for many years, and her paintings are related to her personal experiences.

The many guests from Germany were very emotional, and during the exciting meeting with the Holocaust survivors, it was also clear to see at every second, tears coming down their eyes. It was truly touching! 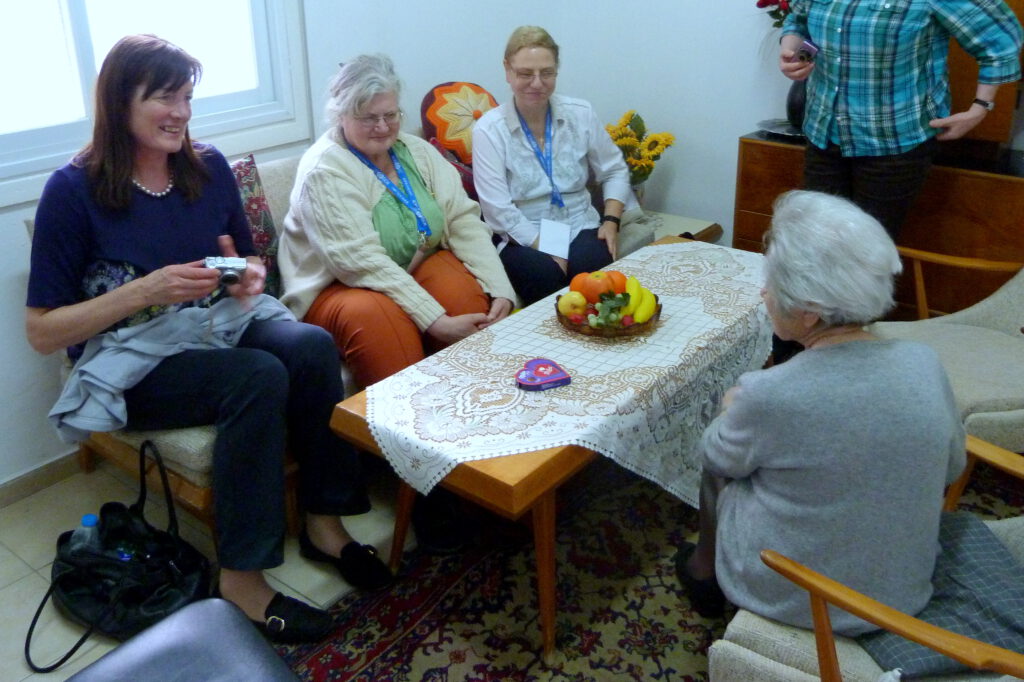 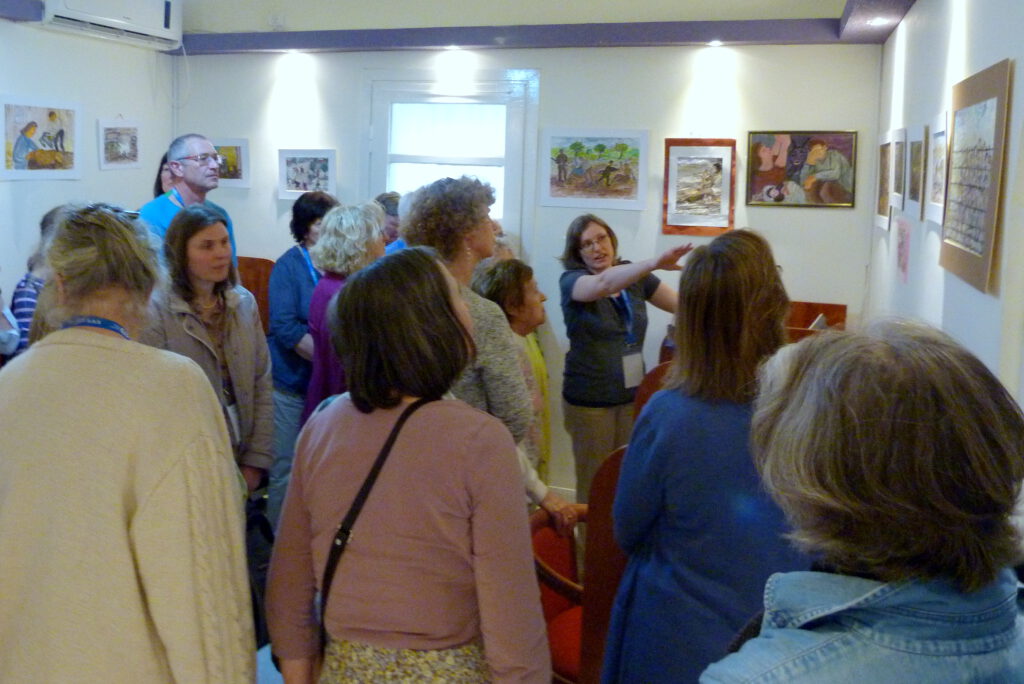 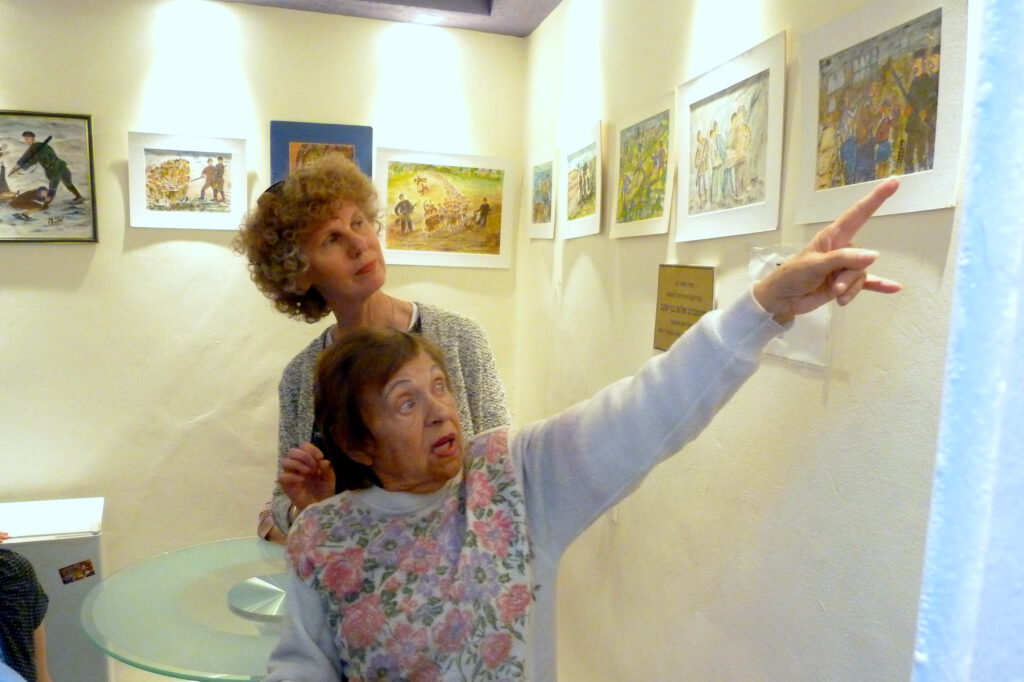 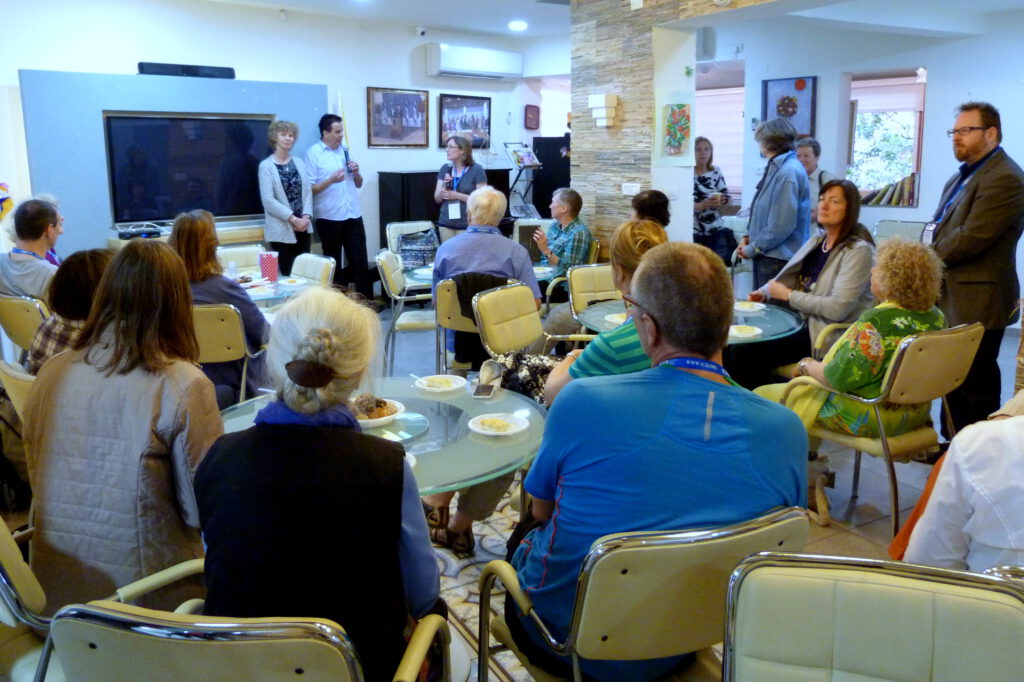 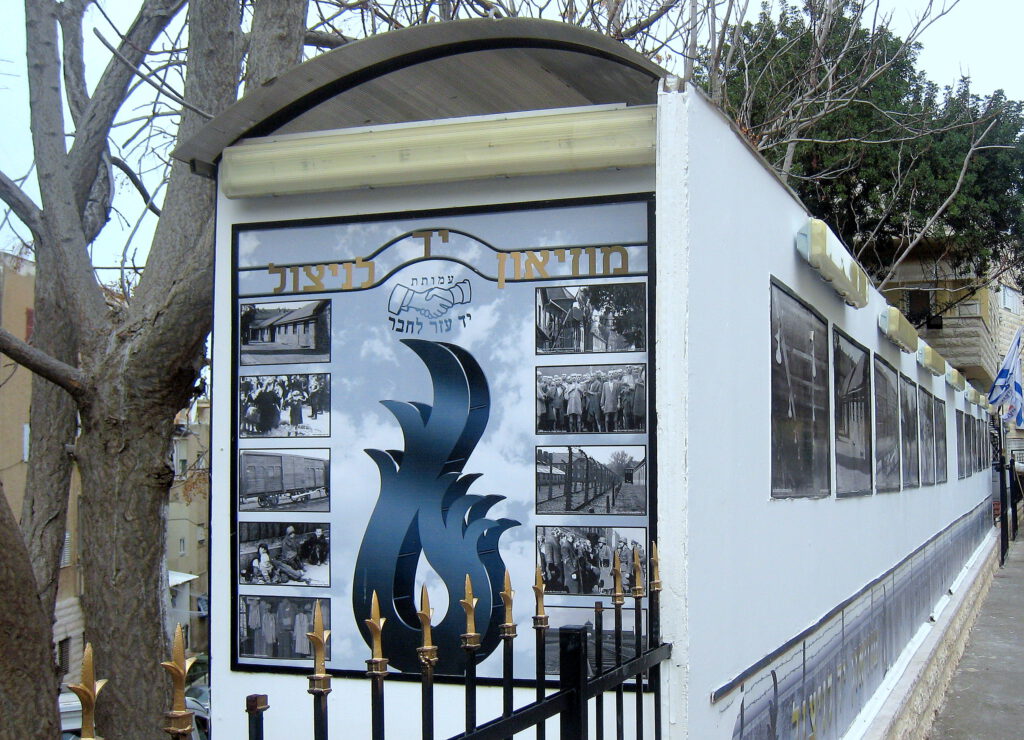 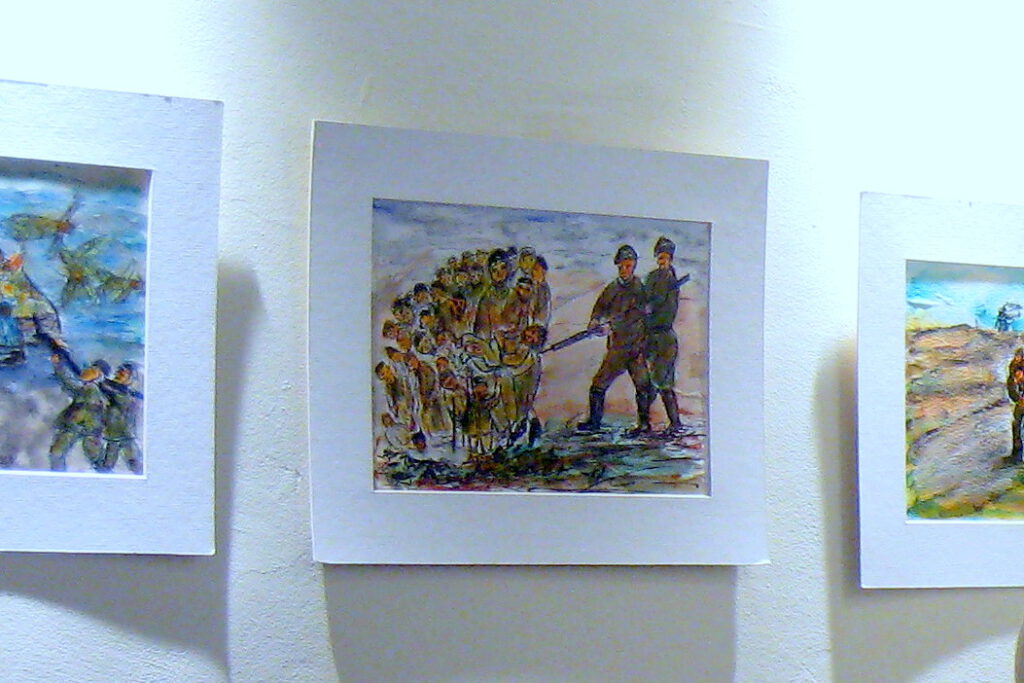