Holocaust survivors have hosted the future generation of tomorrow's leaders of the Jewish world ! 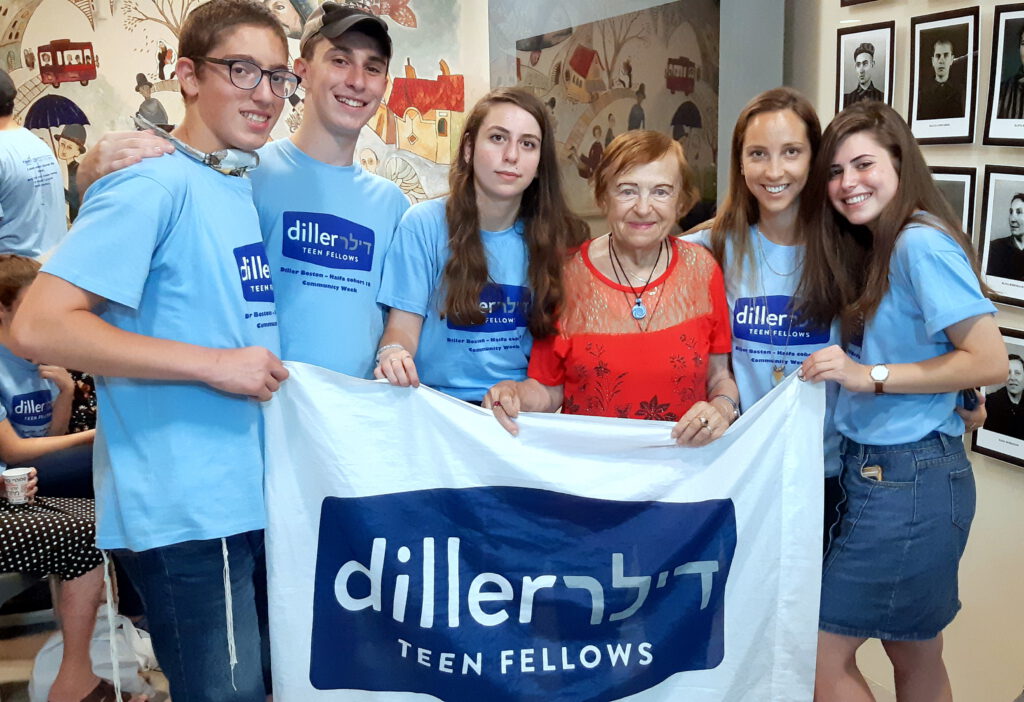 During the week, a large group of about 100 youths from different states in the US came to visit the Holocaust survivors of the Yad Ezer L'Haver in Haifa, these were participants in the " Diller Teen Fellows " youth program, an international leadership program for Jewish youth. The program features a commitment to hands-on tikkun olam, building a connection to the Jewish people and Israel, and deepening Jewish identity. Moreover, the seminar focuses on experiential learning, creates an enduring impact on participants and their families, building leaders with the power to change the world. 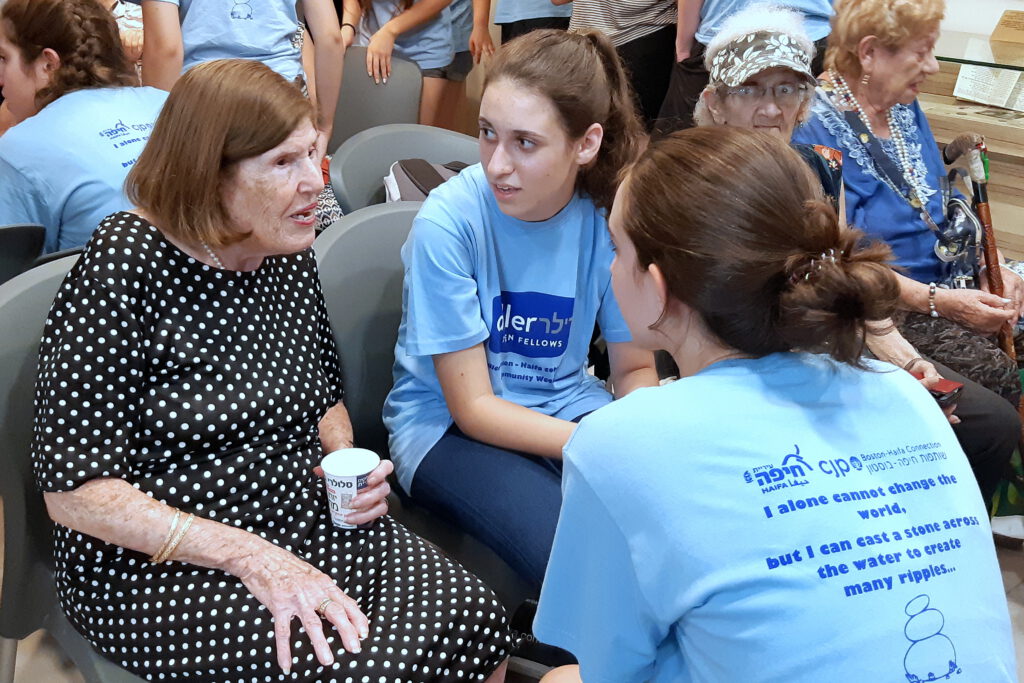 During the Summer seminar of The Diller Teen Fellows program tomorrow's leaders of the Jewish world met with Holocaust survivors of our organization and visited our "Holocaust Museum", located in the compound on Kassel Street in Haifa/>The Diller Teen Fellows program was established in San Francisco, California, in 1997 by the Helen Diller Family Foundation, a Supporting Foundation of the Jewish Community Federation and Endowment Fund. The first cohort .of the program began its activity in San Francisco in January 1998. Since then, the program has expanded to include 16 partnerships and 32 participating communities across the globe. 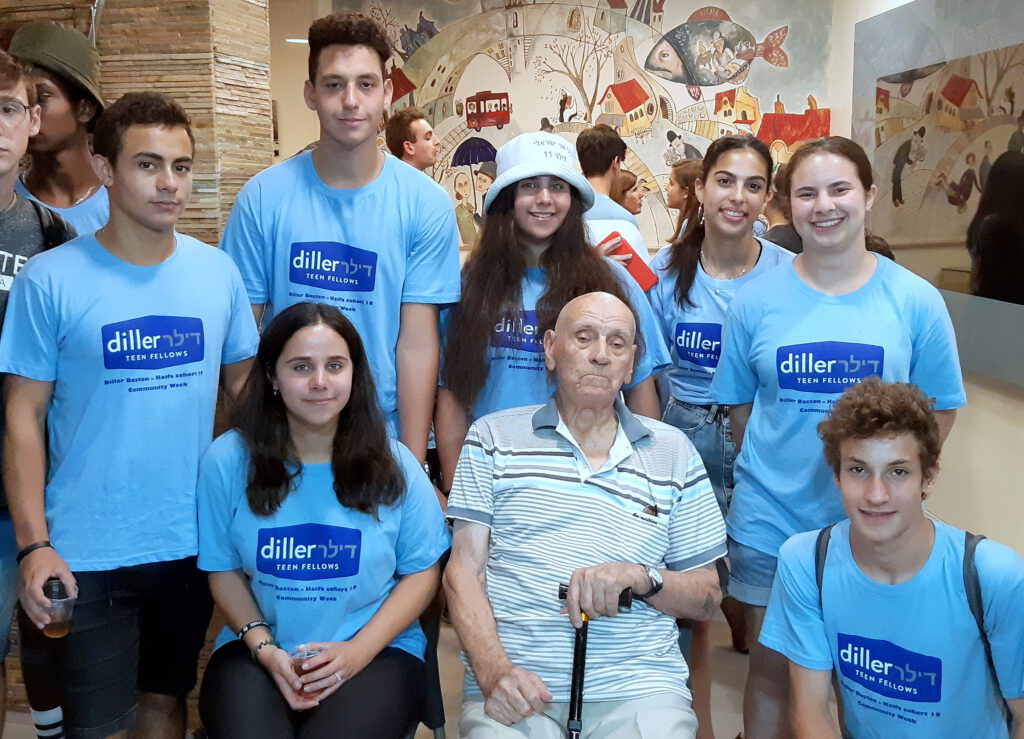 Today, Diller Teen Fellows is recognized as a premier leadership development program for Jewish teens. The program provides a unique model for experiencing Jewish pluralism and Peoplehood. The program has graduated over 3,400 alumni -leaders actively engaged in improving the future of their communities, Israel, and the Jewish people. 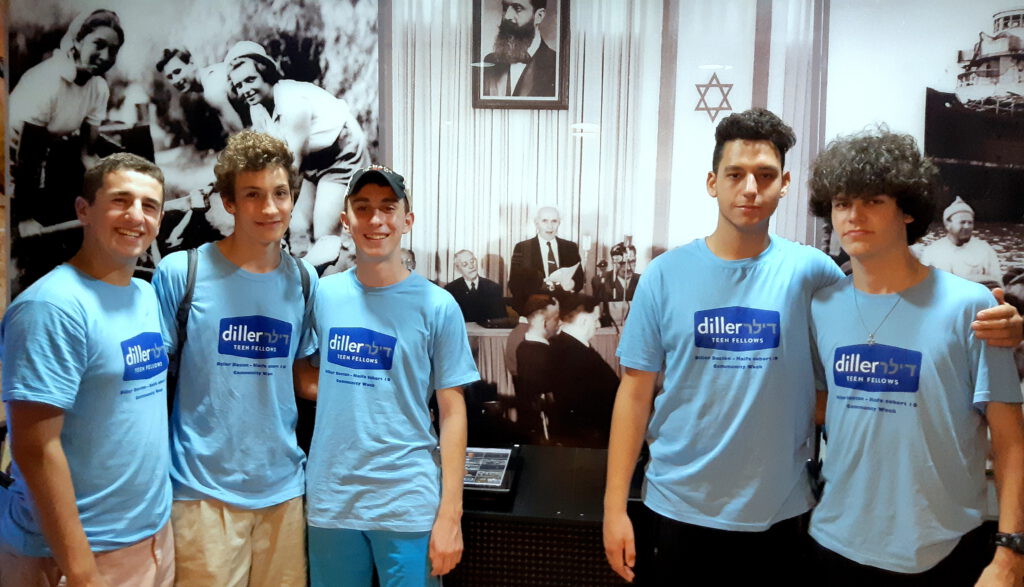 It is Helen Diller’s strong conviction that investing in teens today will create future Jewish leaders for generations to come. 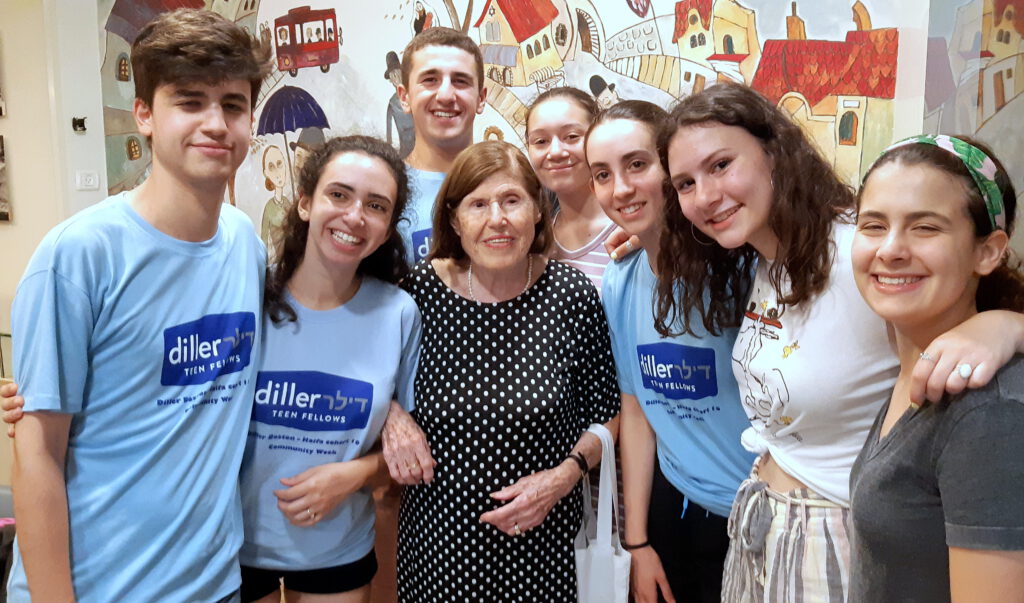 The program alumni, are now active leaders committed to improving the future of their communities, Israel and the Jewish people. The program members are exposed to the idea of a world correction and they do so through a personal identity campaign, community study and trying to figure out how they want to leave a mark. This process takes place in weekly group workshops, joint sabbaticals, a ten-day seminar in the various Diller communities and a summer seminar that unites all trainees in a shared experience in the State of Israel. 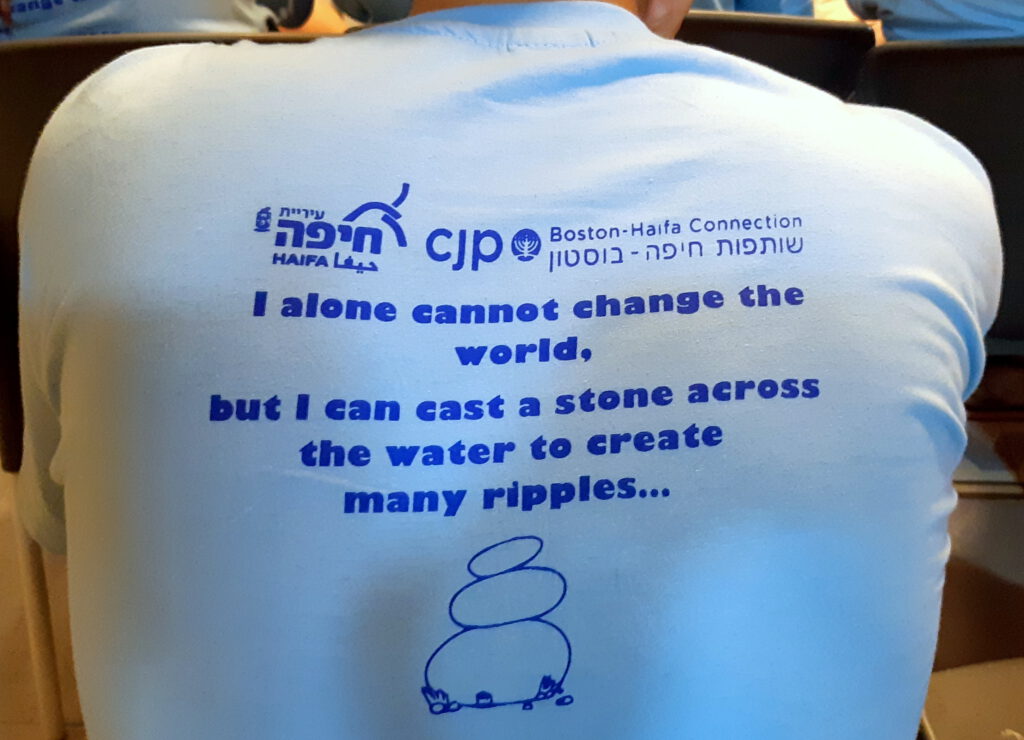 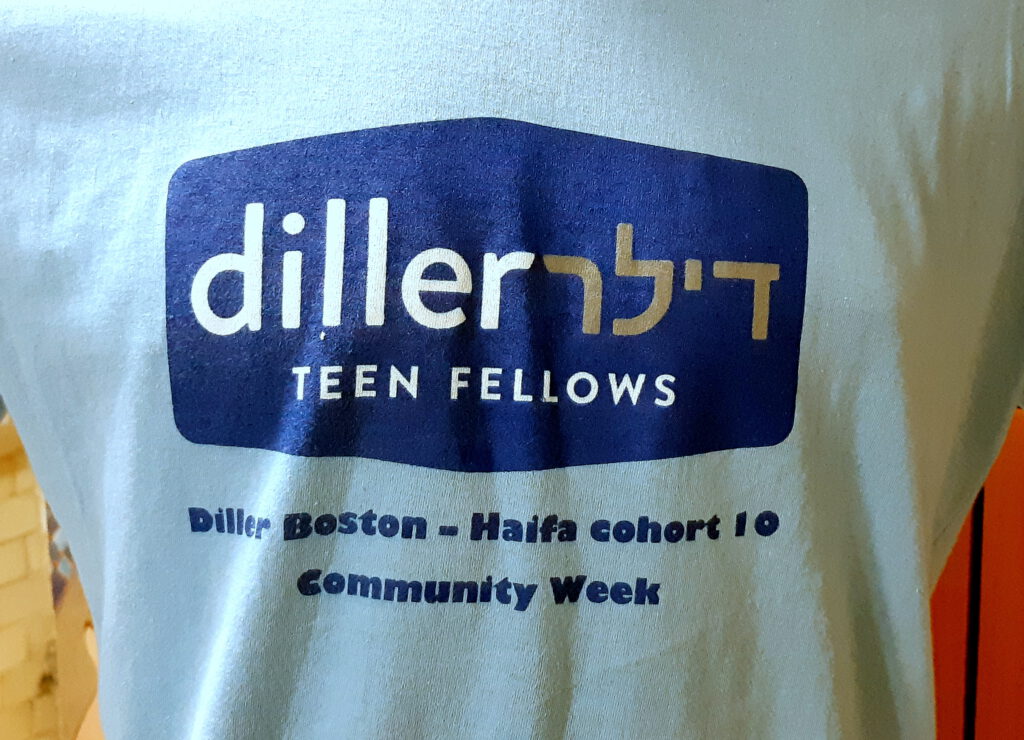 Another 89-year-old Holocaust survivor from Romania, Mania Herman, told the youth gathered around her: "" I remember when we were brought into the room, they were ten people. I didn't see any children anymore, I was the only girl. A soldier came in with a list in his hand and called a man out every time, we heard a shot and he didn't return anymore. We sat and waited in line, but my mother knew we were going to die. She said "At least you stay alive and you can tell what happened to us." She took me to the corner of the room, found some rags and covered me and I couldn't breathe. She hoped the soldier would not see me and I would survive. After a while, the door suddenly opened and two Russian Red Army soldiers entered. They said, "Jews, you are liberated. We have conquered the place. You can go wherever you want." In this way, a number of Jews, and we their children, survived the Holocaust.

During the event, Founder and CEO of Yad Ezer L'Haver, Mr. Shimon Sabag, thanked the young youth for their visit, praising them for thinking about Israel and visiting the Holocaust survivors who are the true heroes of us all. He said:"I thank each and every one of you,hope you have sense of pride about being Jewish and wish you success in your journey on this important project. I do hope you may one day lead the Jewish world . " 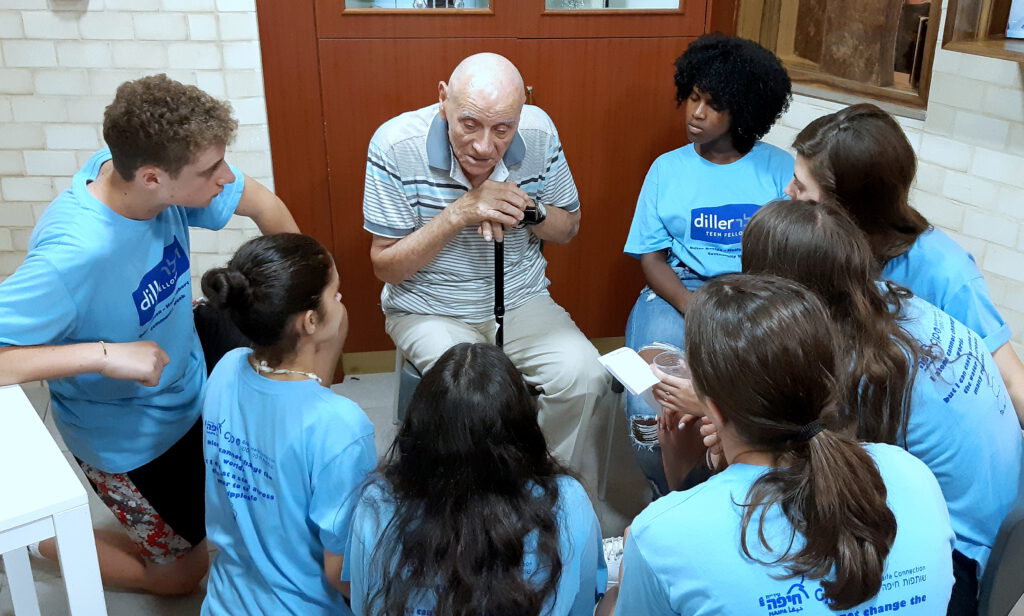 As always, this encounter was extremely emotional and there wasn't a dry eye in the house. The youths promised the Holocaust survivors to pass on their message to the generations to come, they also pledged to come and visit Israel again with their families soon. 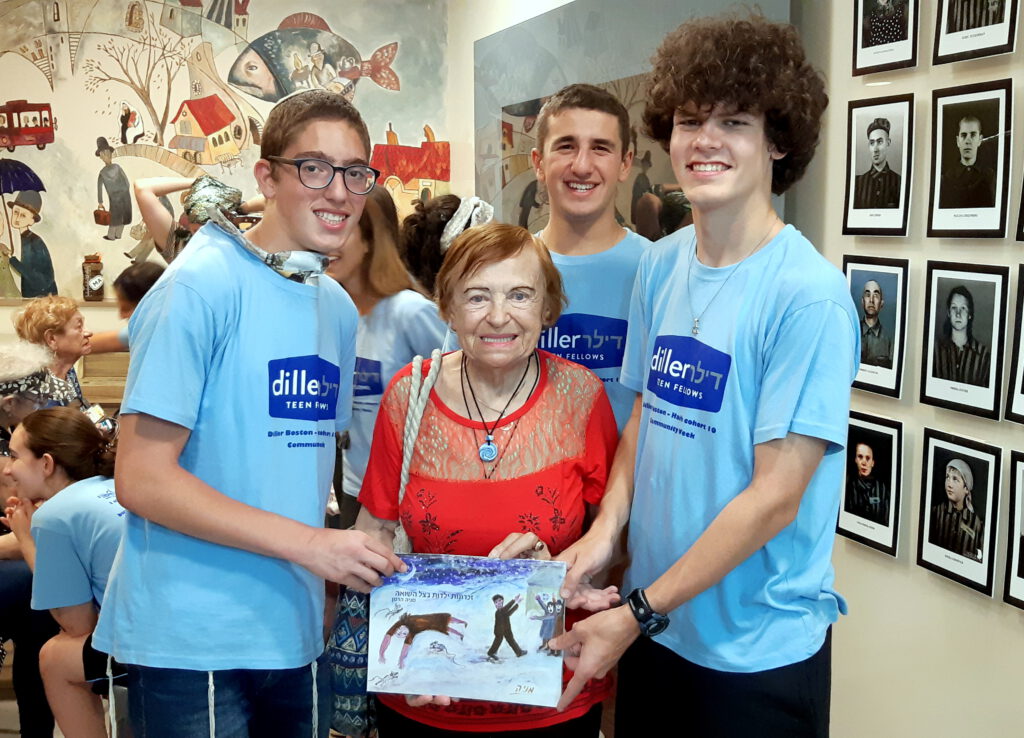