Shehechiyanu: With pomp and splendor, we at Yad Ezer L'Haver have celebrated the Bar Mitzvah ceremony for Holocaust survivor Shalom Tayar at the age of 84. 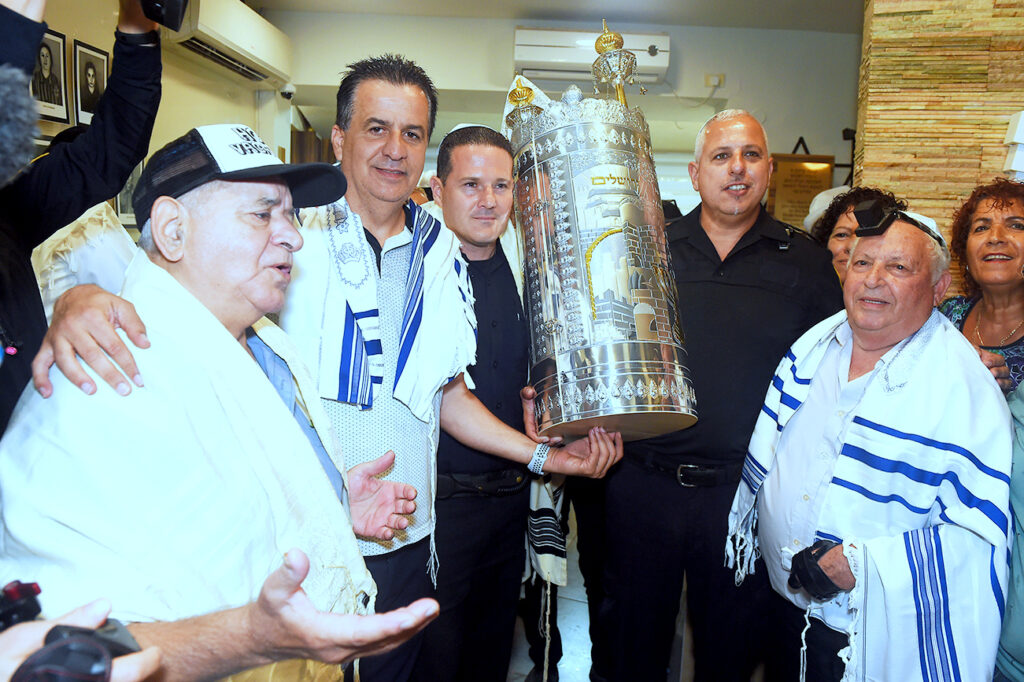 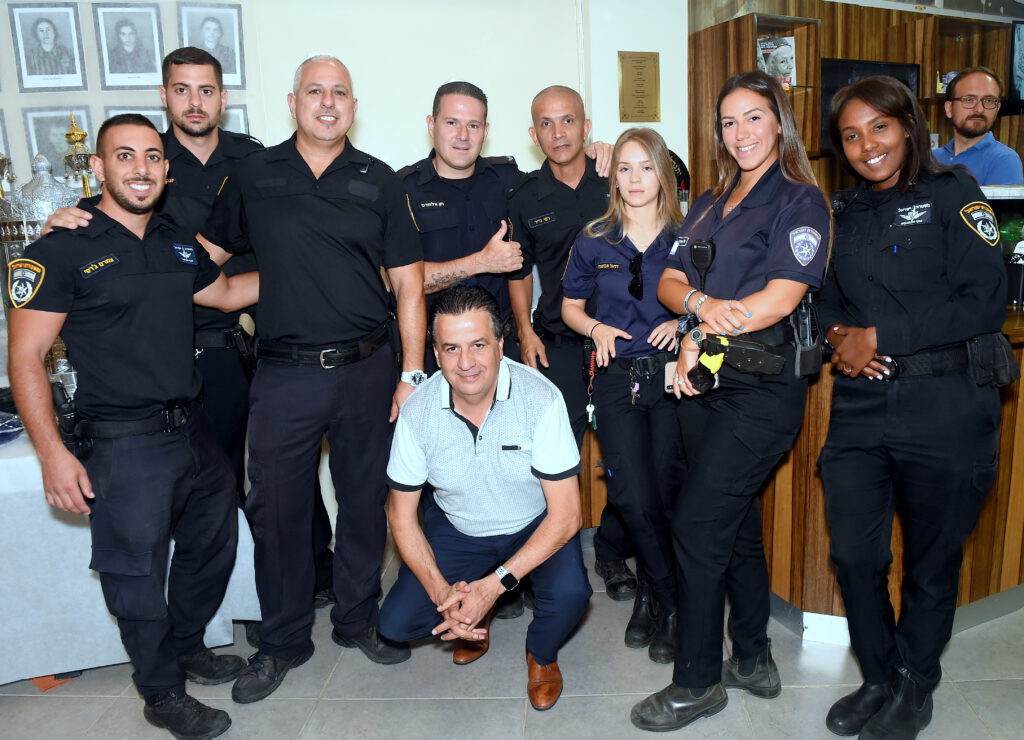 For Shalom this was a highly emotional experience that would stay with him forever. The culmination of the event was of course the laying of tefillin and the aliyah and reading of the Torah, with all his loved ones and many of his family members celebrating with him. He was also very moved by the special gesture of the Yad Ezer L'Haver team and its founder and CEO, Mr. Shimon Sabag. 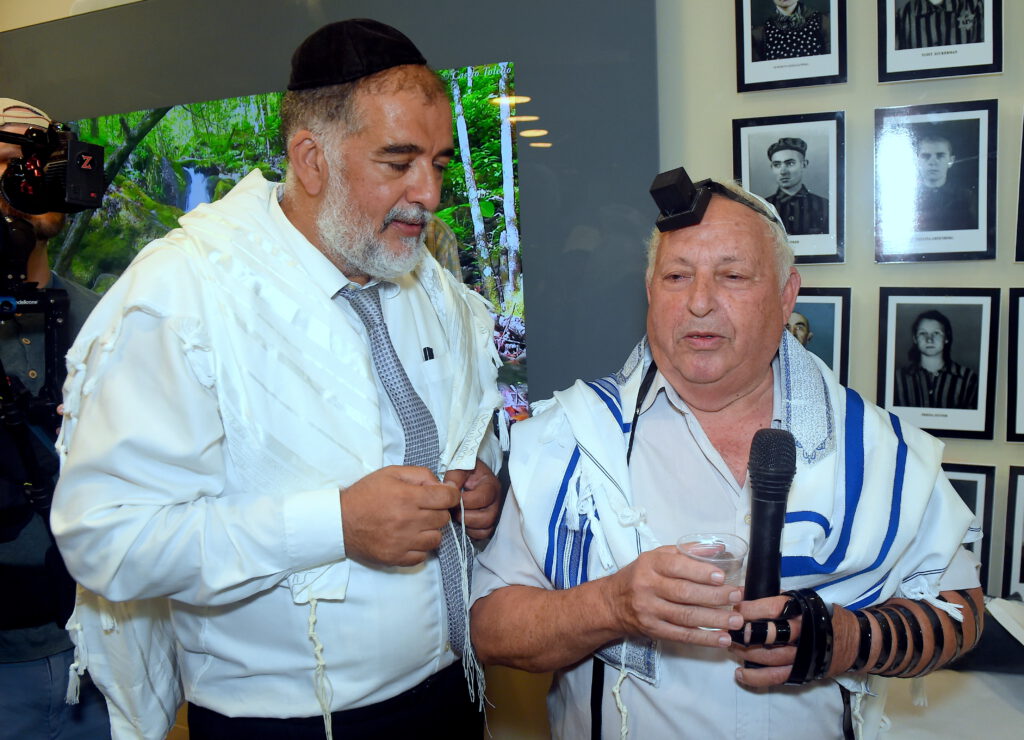 At the beginning of the Bar Mitzvah, the Rabbi of the organization, Rabbi Ya'akov Maman placed Tefillin on Shalom Tayar's arm and blessed him with " Blessed are You, L-rd our G‑d, King of the Universe, who has granted us life, sustained us and enabled us to reach this occasion. With these moving words, Shalom Tayar, a 84 year old Holocaust survivor from Tripoli, Libya, celebrated his Bar Mitzvah for the first time in his life. 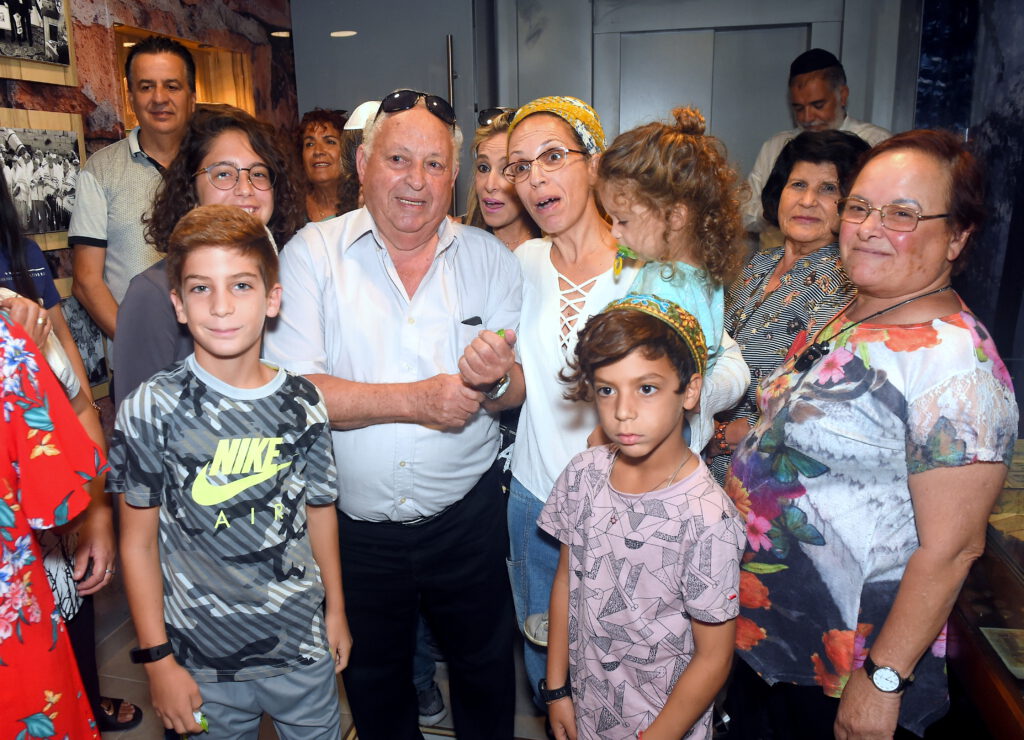 There was great excitement on the face of Shalom Tayar , who was showered with candy as customary in such celebrations: " aliyah and reading of the Torah with all my family, the staff of Yad Ezer L'Haver and my fellow police officers who came to make me happy is the biggest victory I could ask for ". He was moved by the dancing and singing of all the celebrants who came to honor him at the Holocaust Museum. Furthermore, a short presentation of his life from birth to the present , prepared by family friend Ms. Lital Miskin, who was also the initiator of this exciting event, was also screened. 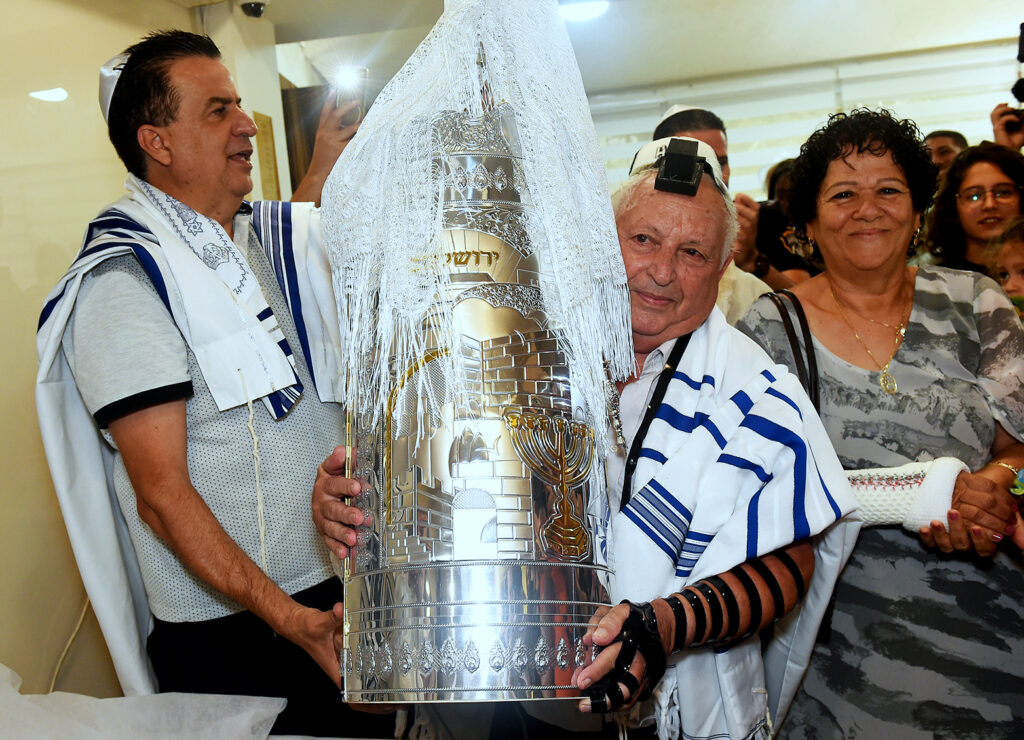 Shalom Tayar, a native of Tripoli in Libya, did not celebrate the Bar Mitzvah in his youth as he was deported with his family to the Jado concentration camp and later taken to forced labor camps during the Holocaust. The Yad Ezer L'Haver organization fulfilled his dream and celebrated his late Bar Mitzvah. Shalom had never in his entire life given up the wish to do so. Yad Ezer L'Haver, chaired by the founder and CEO of the organization Mr. Shimon Sabag, decided to fulfill his wish and hold the ceremony at the "Holocaust Museum" located in our complex in Hadar, Haifa. After his Alyah to Israel , Shalom Tayar was manager of the sanitation department in the Haifa Municipality and later responsible for the Israeli Police Volunteer Unit in the coastal area, including Zevulun and Haifa police precincts. 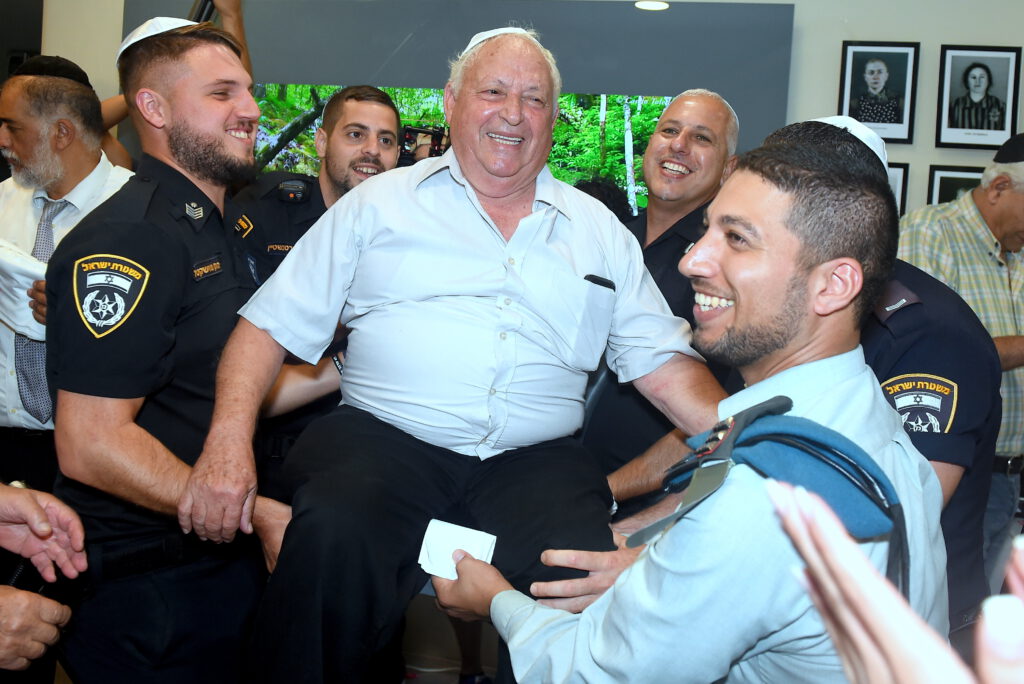 "I won, I won, I celebrate my Bar Mitzvah today" he said with great excitement with a skullcap on his head and wrapped in a tallit and tefillin, tears choking his throat. "I feel I have come full circle. For me this is a real Victory day. I wish to thank all those of the Yad Ezer L'Haver , the policemen, my many family members, the CEO of the association and its founder Mr. Shimon Sabag who have spent countless days preparing this exciting and impressive event and working towards its success. This will remain etched in my mind forever. If Yad Ezer L'Haver had not undertaken this event, it would never have happened. " 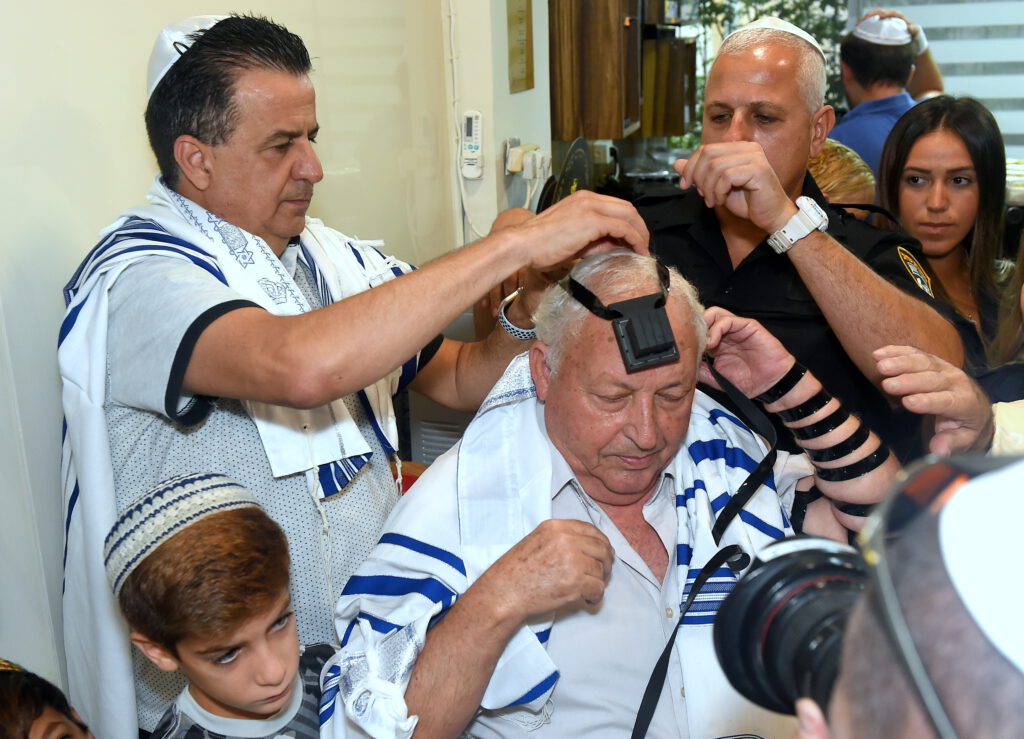 During the Bar Mitzvah celebration, Mr. Shimon Sabag, Founder and CEO of the Yad Ezer L'Haver Association in Haifa, said: "I have organized and conducted, hundreds of mass Bar Mitzvah ceremonies for Holocaust survivors for over three decades, but this intimate event overshadowed all of them. Although the feeling is different this time, perhaps because of the dozens of policemen who came to celebrate with us, but mainly because of the personal story of Mr. Tayar. This is the most worthy man for police officers and volunteers to celebrate for him and with him on his Bar Mitzvah. 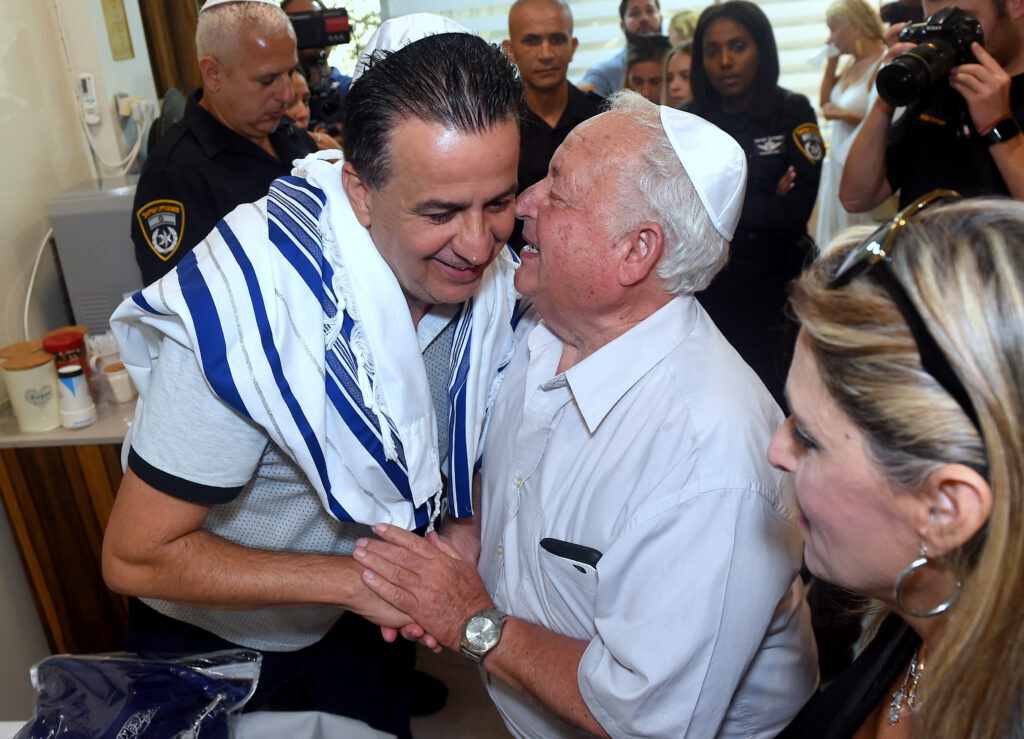 To be honest, it is no secret that I have conducted quite a few Bar Mitzvah events throughout the 30-year existence of the Yad Ezer L'Haver organization , but today's event celebrated here is definitely one of the most spiritual and exciting events I have ever organized. For me, it doesn't matter if it's an event celebrated by dozens of Holocaust survivors and a Bar Mitzvah at the Western Wall, or a modest event . My heart is always full of happiness. " 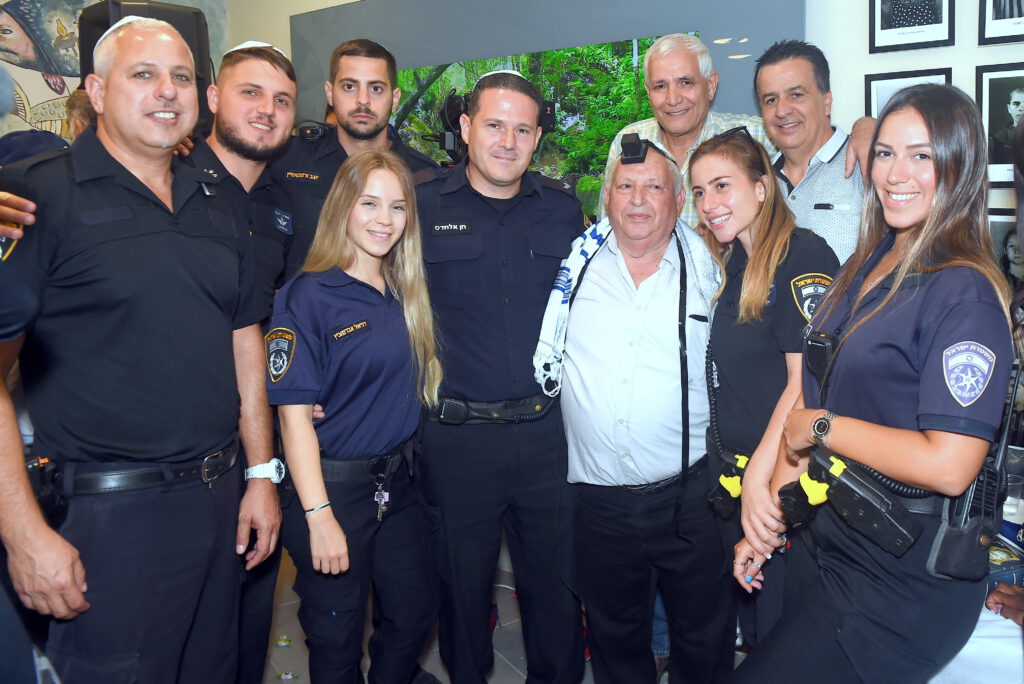 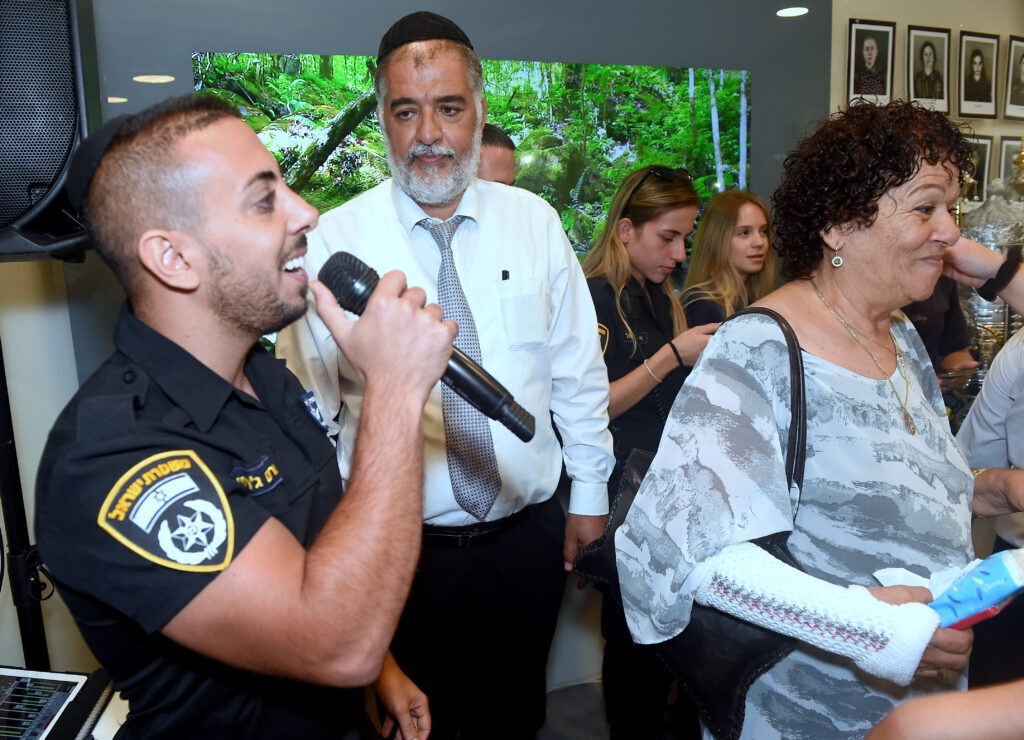 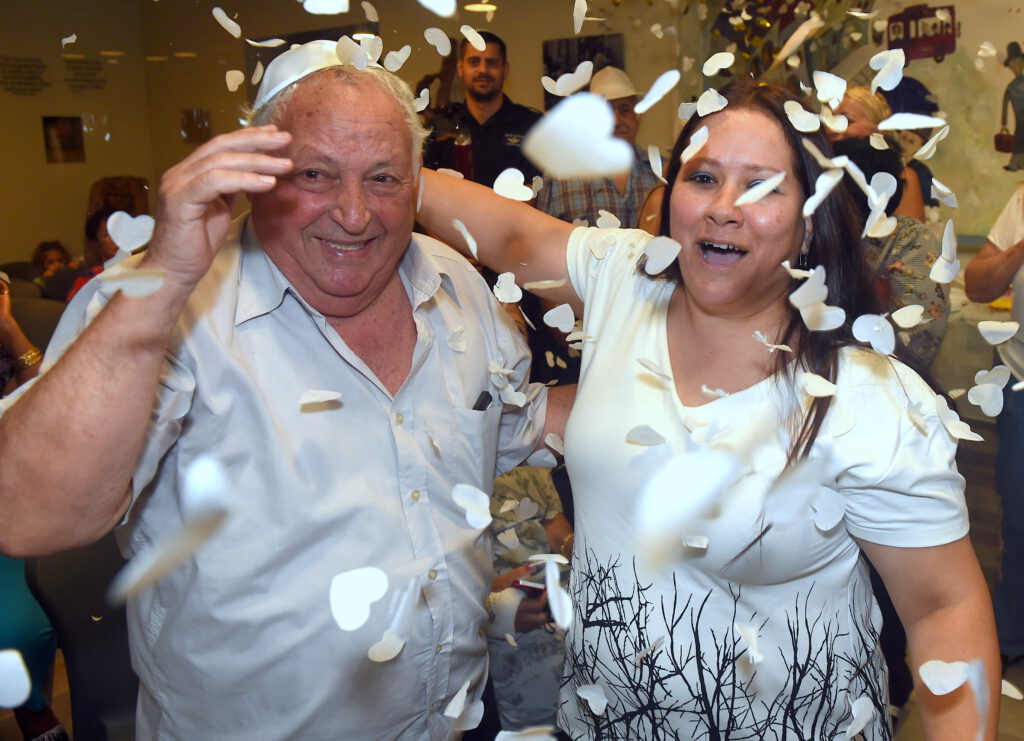 Poignant documentation from the event in an extensive gallery, Photos: Joe Luciano.