In the Shadow of the Corona Pandemic: " THE HOLOCAUST AND HEROISM REMEMBRANCE DAY" will be marked by a special and poignant central ceremony to be held at the Yad Ezer L’Haver Association in Haifa, on Tuesday, April 21, 2020 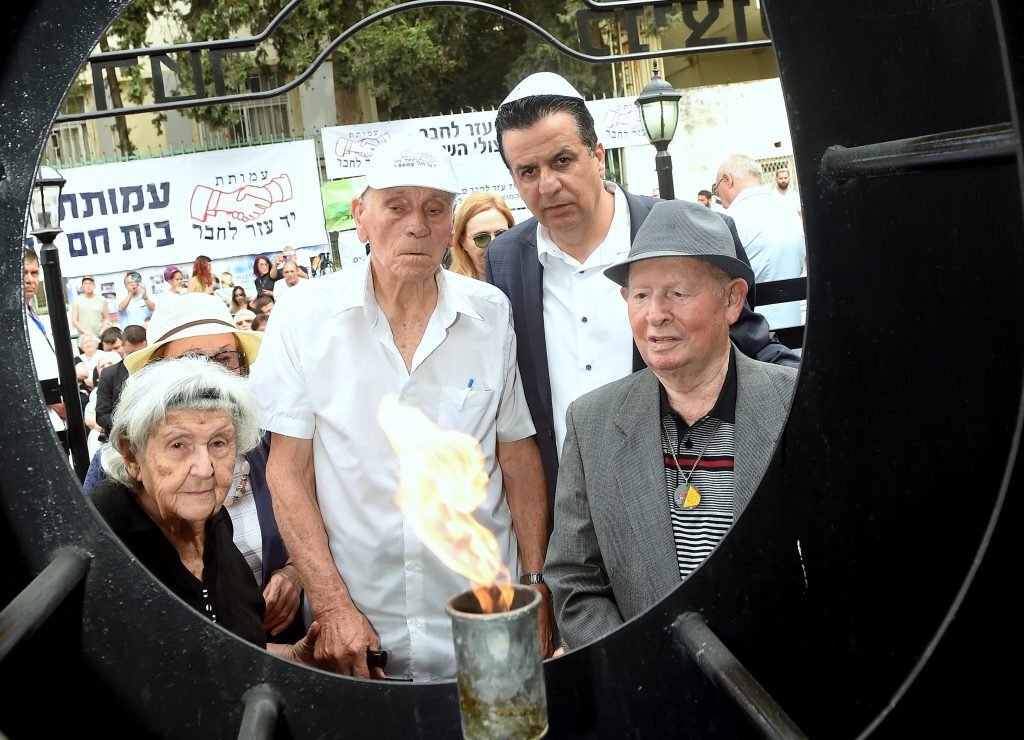 This Tuesday, March 21, 2020, the State of Israel will commemorate "Holocaust and Heroism Remembrance Day", in many special modes during the ongoing Corona virus crisis affecting Israel. The Yad Ezer L‘Haver Association in Haifa, headed by the founder and CEO of Mr. Shimon Sabag will observe this so meaningful day with a special central ceremony that will start at 10:00 am at the Yad La Nitzol Memorial Square for victims of the Holocaust at our Complex on Kassel 6 in the Hadar HaCarmel neighborhood of Haifa. We shall of course follow the restrictions and guidelines of the Ministry of Health and fully comply with all protective regulations required. Therefore, this year's ceremony will be held with a very limited number of Holocaust survivors who will be kept at a required distance from each other. Many Holocaust survivors will watch the ceremony, which will be screened, using "Zoom" (ZOOM) and from their balconies along Kassel Street in Haifa. 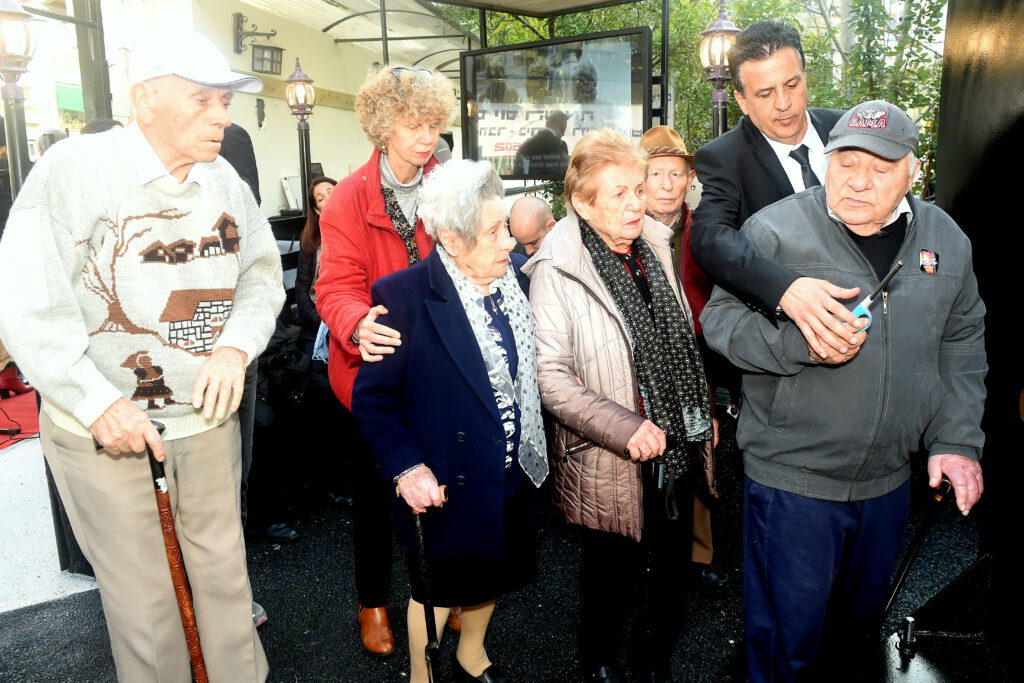 The ceremony will open with two Holocaust survivors lighting the "Eternal Flame" beacon. The Survivors elected to light the beacon, survived the Auschwitz death camp. 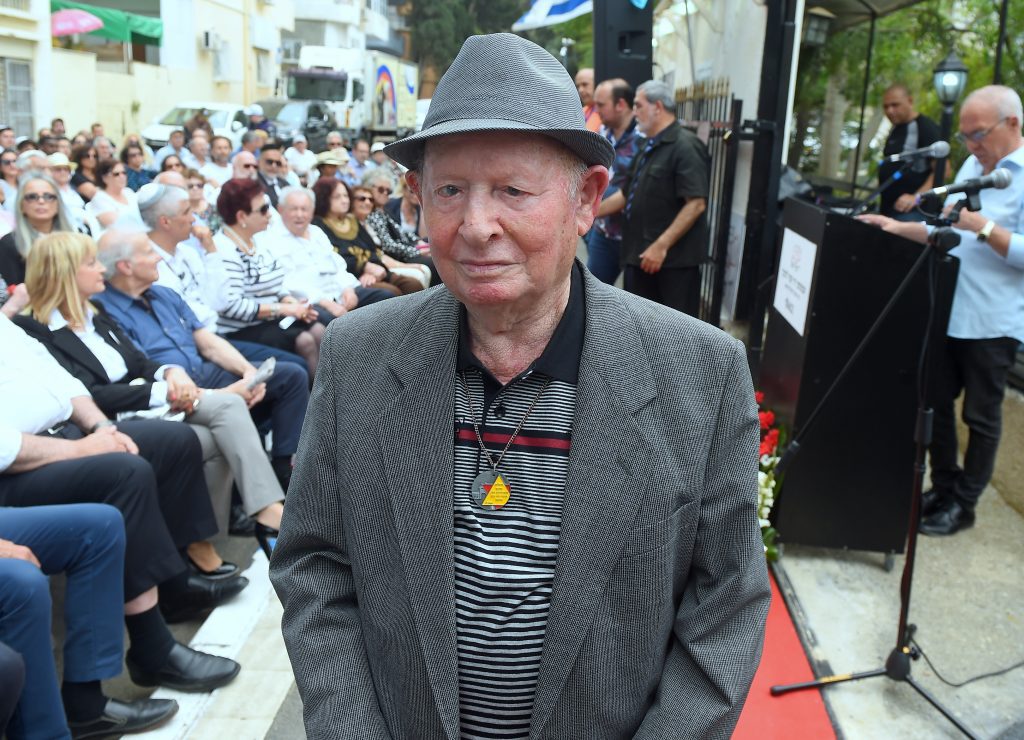 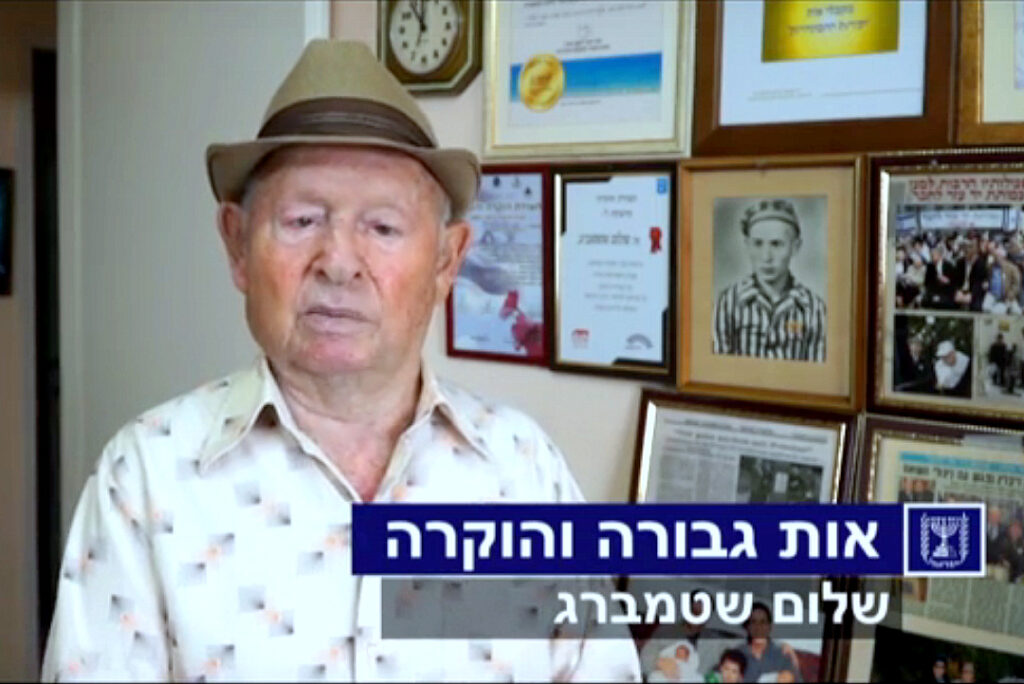 Mr. Shalom Stamberg, 97 is a Holocaust survivor from Poland and one of the last survivors of the Warsaw ghetto where he lost his father and mother and many of his family were killed.He also heroically survived the ghettos and camps in Warsaw, Auschwitz – Birkenau, Buchenwald, and Dachau. 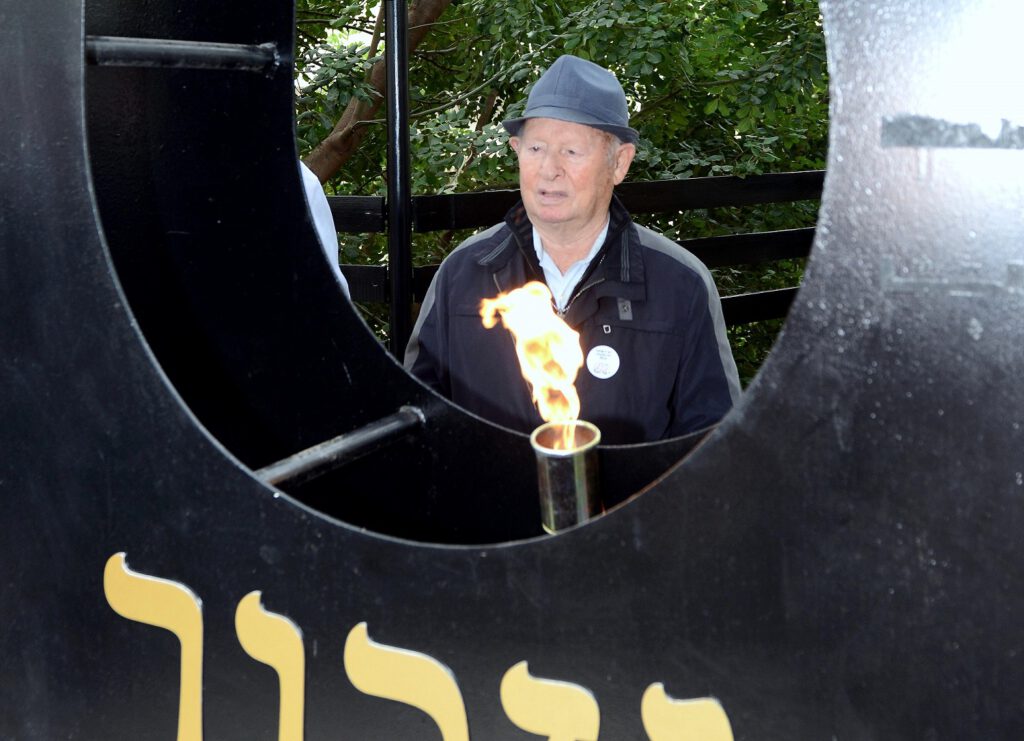 To watch the video from the testimony of Shalom Stamberg click here !

To watch a video about the life of Shalom Stamberg click here ! 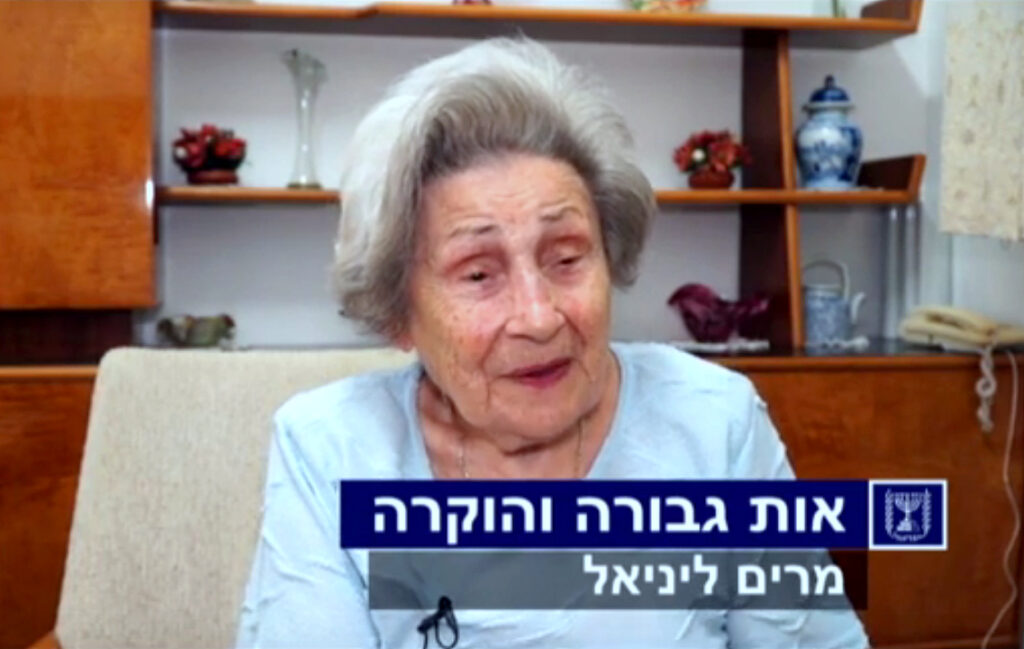 To watch a video about the life of Holocaust survivor Miriam Linial click here!

Opeening speeches will be held by the founder and CEO of the Yad Ezer L’Haver, Mr. Shimon Sabag, and Ms Judith Setz, ICEJ Haifa Home Director and representative of the "International Christian Embassy in Jerusalem" who has been contributing and helping the association for many years. 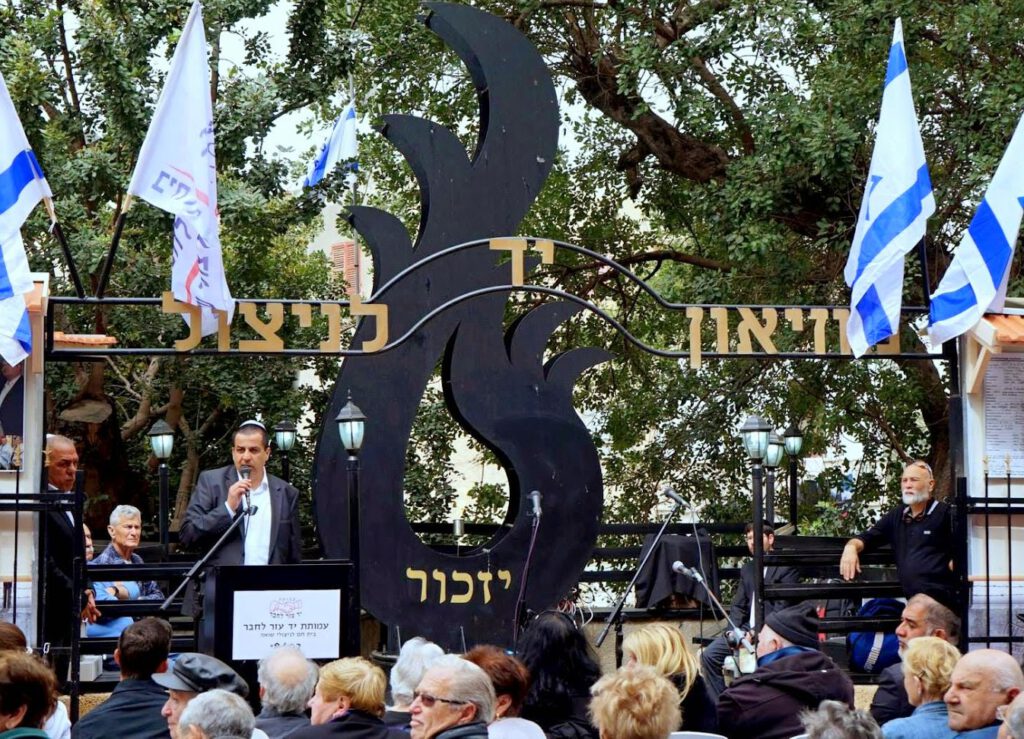 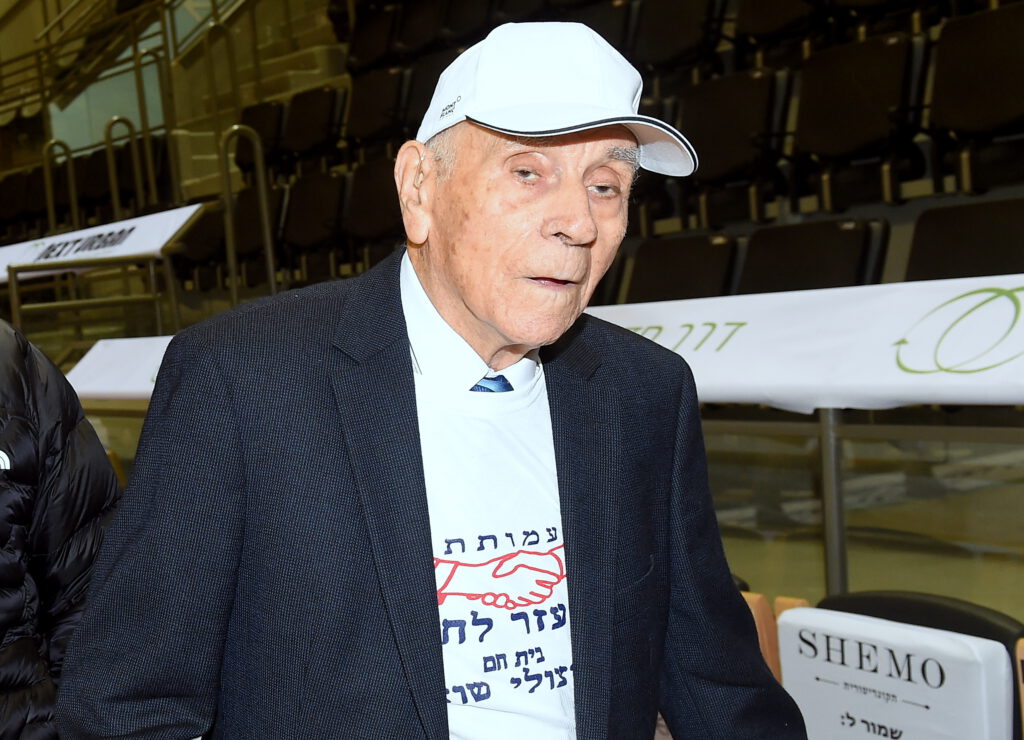 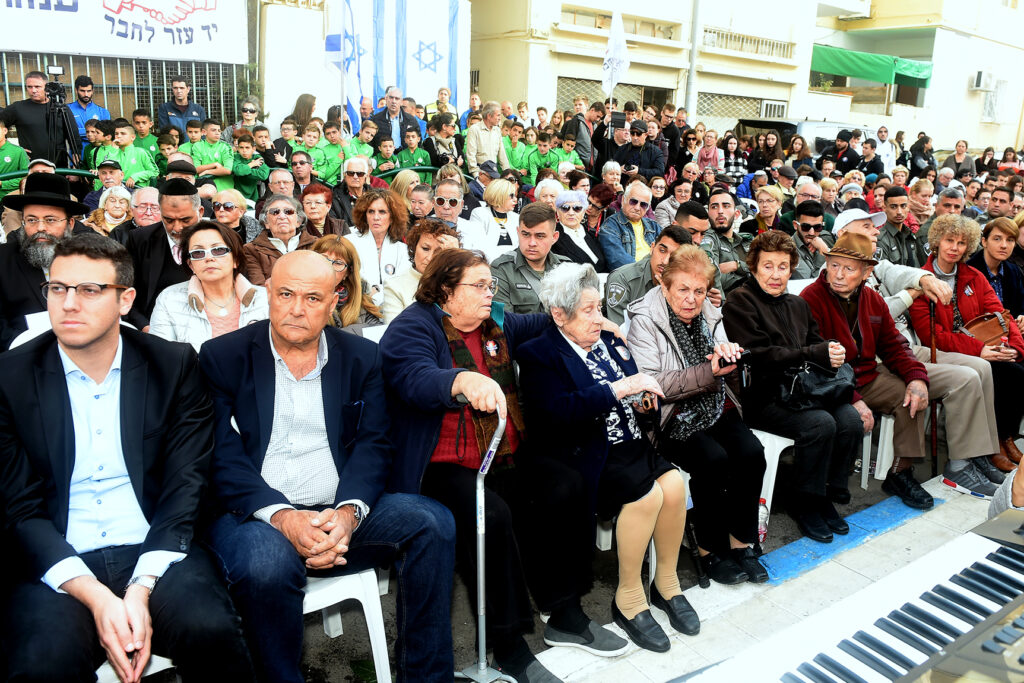 During this special ceremony, a video recording of a special support blessing to Holocaust survivors of the association specifically recorded for this ceremony by Israel's Prime Minister Benjamin Netanyahu will be broadcast. The ceremony, which will commence at 10:00 AM, will be broadcast live and direct on the association's official Facebook page and will also be transmitted directly through the ZOOM software to the homes of approximately 100 Holocaust survivors spread over three blocks in the Charity complex in the Hadar neighborhood of Haifa. 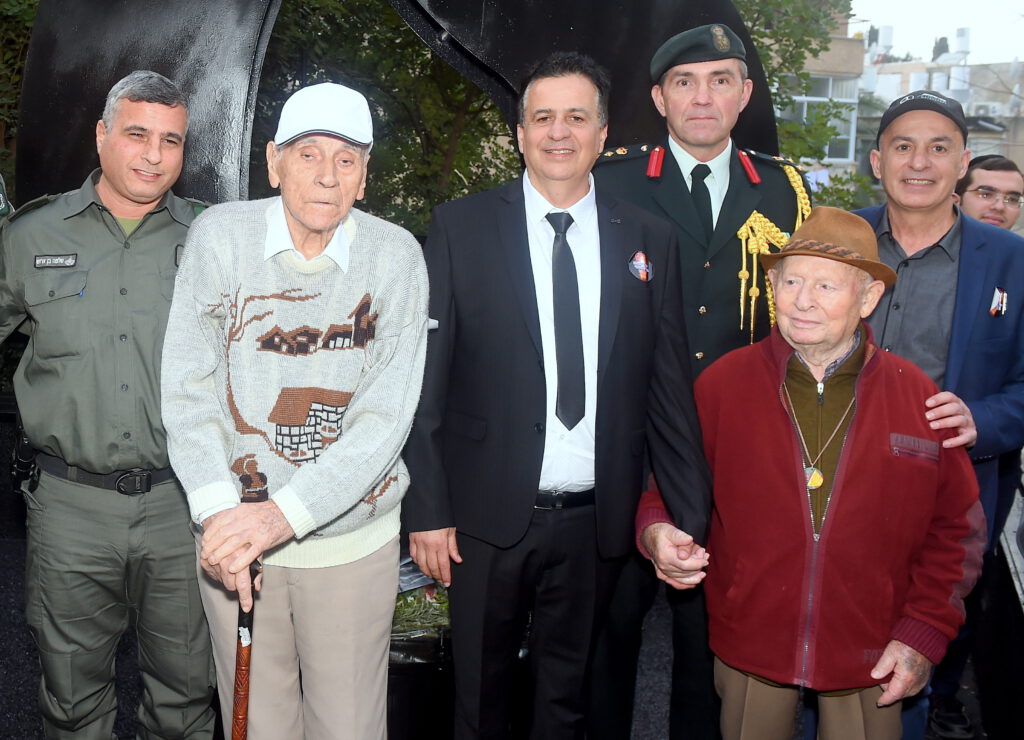 Founder and CEO of Yad Ezer L’Haver, Mr. Shimon Sabag, said: "Here we are 75 years after the Holocaust. The current situation today caused of the spread of the Corona virus in Israel will not prevent us from commemorating The Holocaust and Heroism Remembrance Day and the memory of the six million who perished in the Holocaust. This is a memory we must keep alive in every situation! Today, the technological means allow us to remember together, tell the story of the Holocaust also this year and bring the special Remembrance Day Ceremony into the homes of all Israeli citizens.

We have created a ceremony that upholds all the restrictions and guidelines of the government and the Ministry of Health and yet commemorates this Sacred Remembrance Day. I invite all residents of the city of Haifa, and all the citizens of the State of Israel, to watch the ceremony for this important day in the safety of their home and unite in the memory of this so important event. 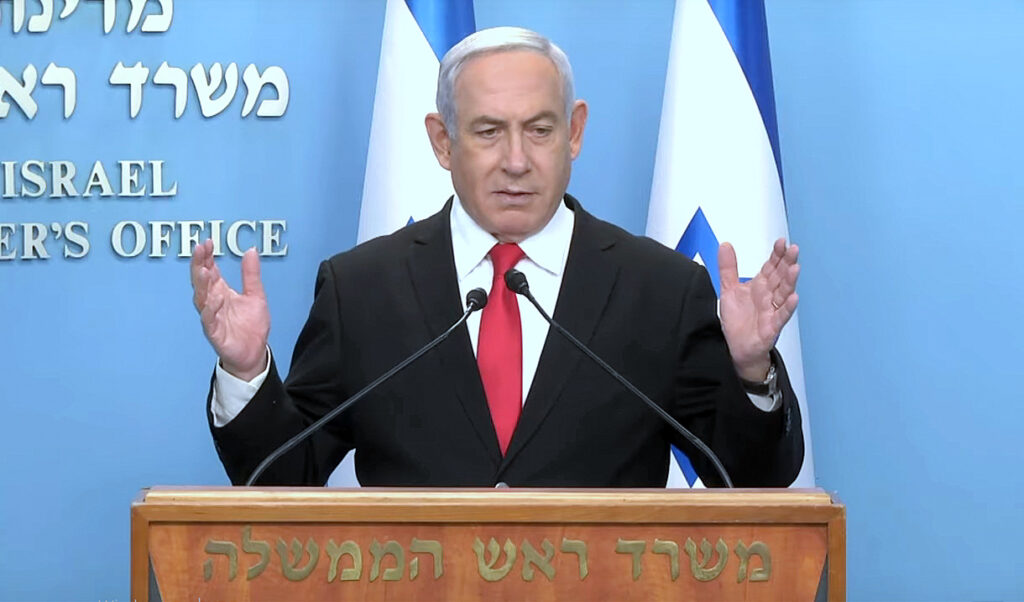 You Holocaust survivors, are the true heroes of us all and we must take responsibility and care for those who survived the Holocaust and participated in the establishment of the state. Unfortunately, due to the Corona pandemic, this year's ceremony will not take place like every year in front of thousands of spectators, but nothing will prevent us from continuing this memory tradition of ours for eternity! 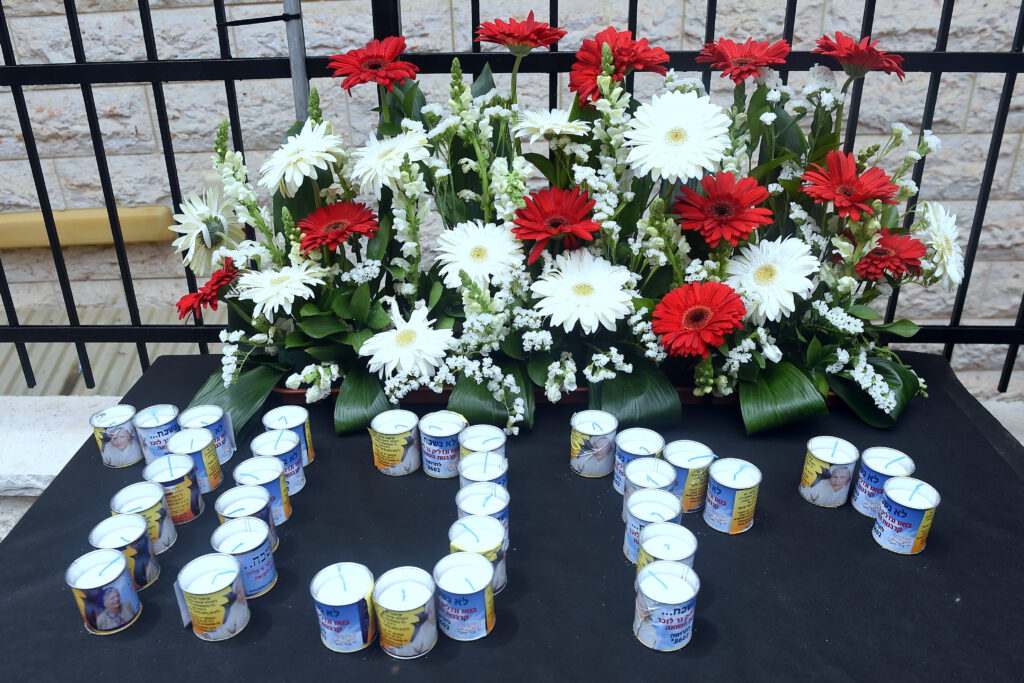 The Yad Ezer L’Haver has not given in to the Corona virus and will not surrender to difficulty. The association's "Corona Patrol" continues with all its strength these days to distribute food to Holocaust survivors and the elderly who have been in solitary confinement for about a month now, this is the order of day and now more than ever!!! Phone *8602 … You can also donate through the Yad Ezer L’Haver website, for a donation click here !

Furthermore, these days, the association is establishing a "hospice" community for Holocaust survivors and disabled seniors, please come help and donate to the "Yad Ezer L’Haver" association, and be part of this tremendous mitzvah. Our hotline is available 24/7. You can also donate through the Yad Ezer L’Haver website, for a donation click here!