In the shadow of the Corona crisis, "International Holocaust Remembrance Day" was celebrated in an exciting and special ceremony at the "Yad Ezer L'Haver" organization in Haifa 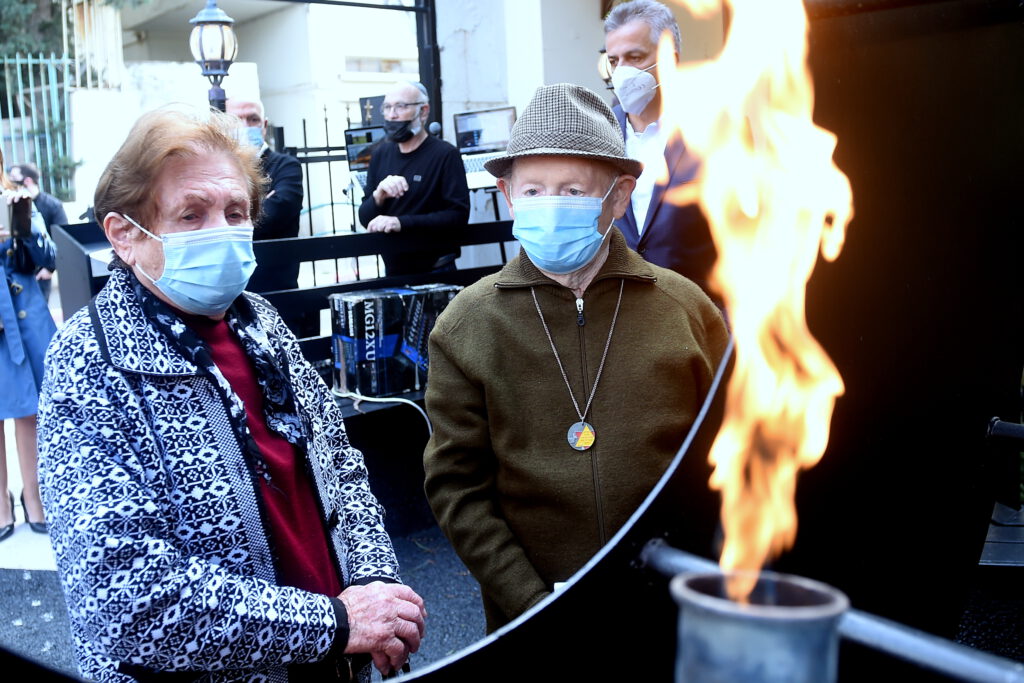 Israel is now in the midst of difficult times and under the third lockdown in the ongoing corona pandemic in Israel, but notwithstanding, the "International Holocaust Remembrance Day” was celebrated in a very special and moving way this morning (Wednesday, January 27, 21) near the "Yad LaNitzol" monument in the Charity compound of the Yad Ezer L'Haver Association in the Hadar HaCarmel Haifa neighborhood. This poignant and memorable ceremony commemorates our six million victims who perished in the Holocaust and marks the 76th anniversary of the liberation of the Auschwitz death camp. 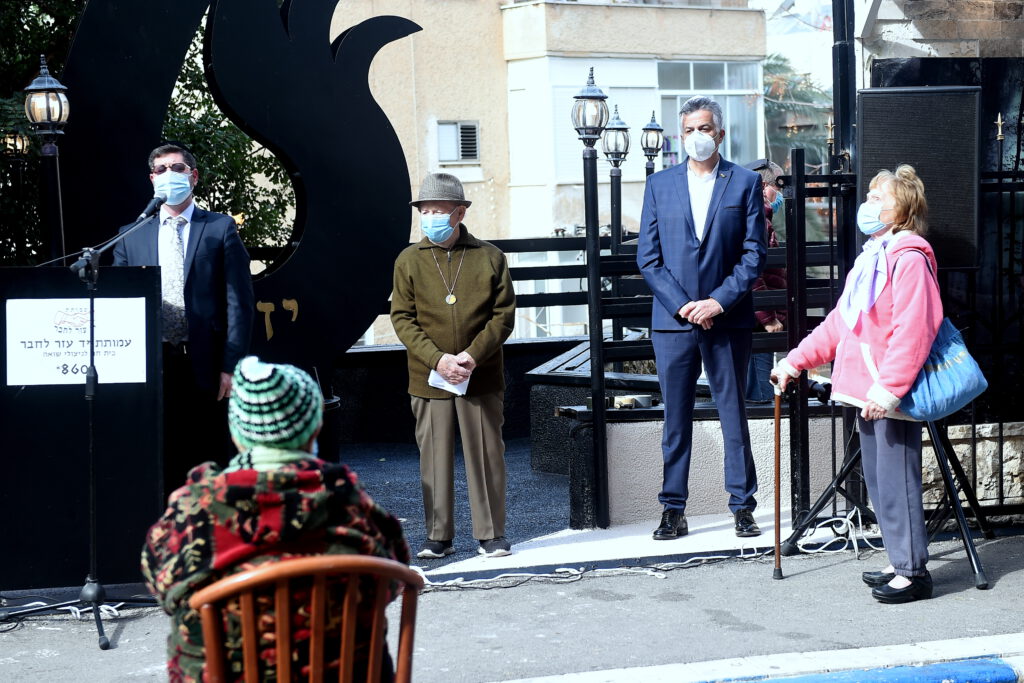 The ceremony opened with the lighting of the flame of remembrance by two Holocaust survivors from the Auschwitz death camp, Shalom Stamberg a 97-year-old Holocaust survivor from Poland, one of the last survivors of the Warsaw ghetto, where he lost his father and mother and many family members murdered by the Nazis. Stamberg bravely survived Auschwitz-Birkenau, Buchenwald and Dachau. He was joined by Ms. Yehudit Hershkovitz, 93, a Holocaust survivor from Hungary, currently residing at the "Welcoming Home for Holocaust Survivors" of our organization, which now houses close to 100 Holocaust survivors. At the ceremony, this year held in the presence of a small number of people, in accordance with the Purple Badge directives and guidelines of the Ministry of Health, the representative of the Christian embassy, Ms. Yehudit Setz, said: "We must remember the six million who perished but must shield and support the survivors who are still with us. If we neglect to protect the remaining seniors, we have achieved nothing.“ 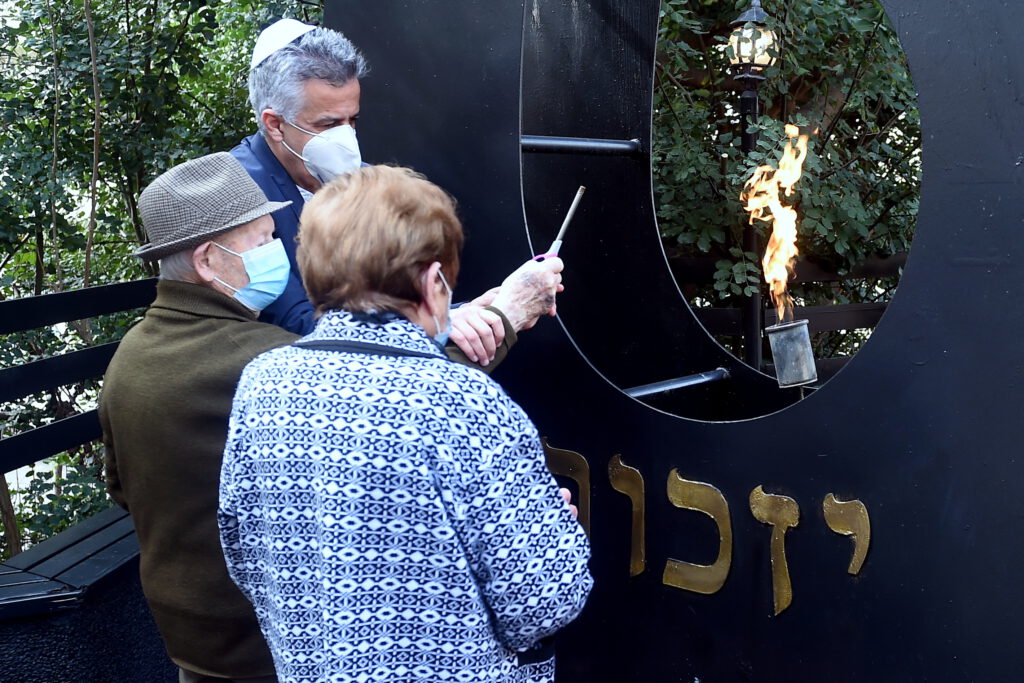 Cantor Haim Greenstein chanted "God full of mercy”, our organization’s Rabbi Yaakov Maman, said Kaddish and read a chapter from Psalms. Shalom Stamberg, 97, a Holocaust survivor from Warsaw, Poland, recounted how he managed to bravely survive the horrible inferno as a 14-year-old boy, having lost many of his family in the Holocaust, and still live through five concentration camps and the Auschwitz death camp. Stamberg, a long-time Honored Citizen of Haifa, has been active as one of the organization's long-time volunteers at our “Holocaust Museum", where he recounts the incredible story of his life during the Holocaust to youth, policemen, soldiers, students and delegations from abroad. 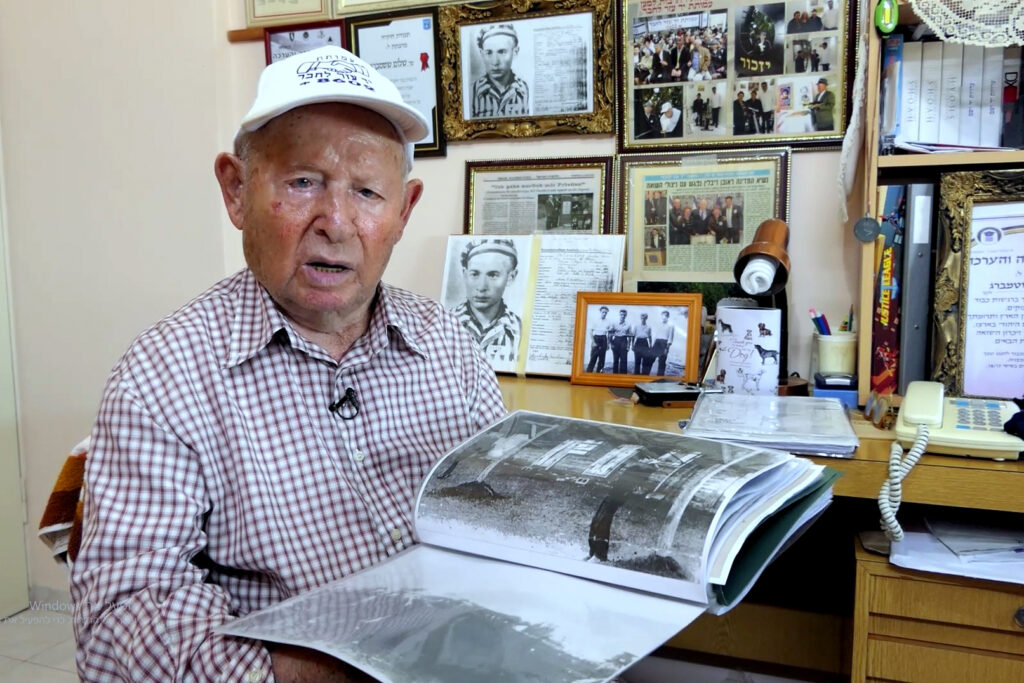 As the ceremony drew to a close, Mr. Shimon Sabag, the founder and CEO of Yad Ezer L’Haver in Haifa, gave a moving speech: "I stand here, extremely excited this year, because during this time of the severe COVID19 epidemic we have succeeded to still hold the ceremony and make it clear to the whole world that we always remember and will never forget the horrors of the Nazi regime. We remember the victims and it is important that we take care of the survivors, particularly through this time, when the corona plague is hitting us. 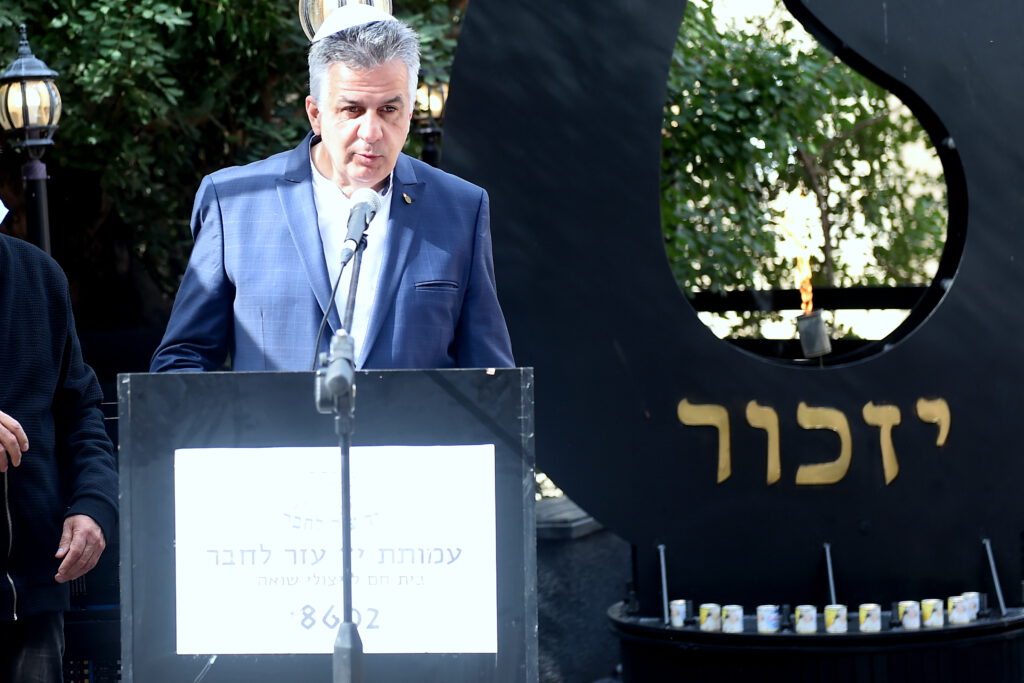 We decided to hold the ceremony precisely in this format in order to make it clear to the world that we do not and will never forget the six million who perished as well as those survived the Holocaust. This ceremony here today is a moral obligation to remember and not to forget. I think this day is a special day for the Jewish people. I myself meet the survivors every day, assist them and care for them, helping them, but mostly they are actually the ones who strengthen me and our people. " 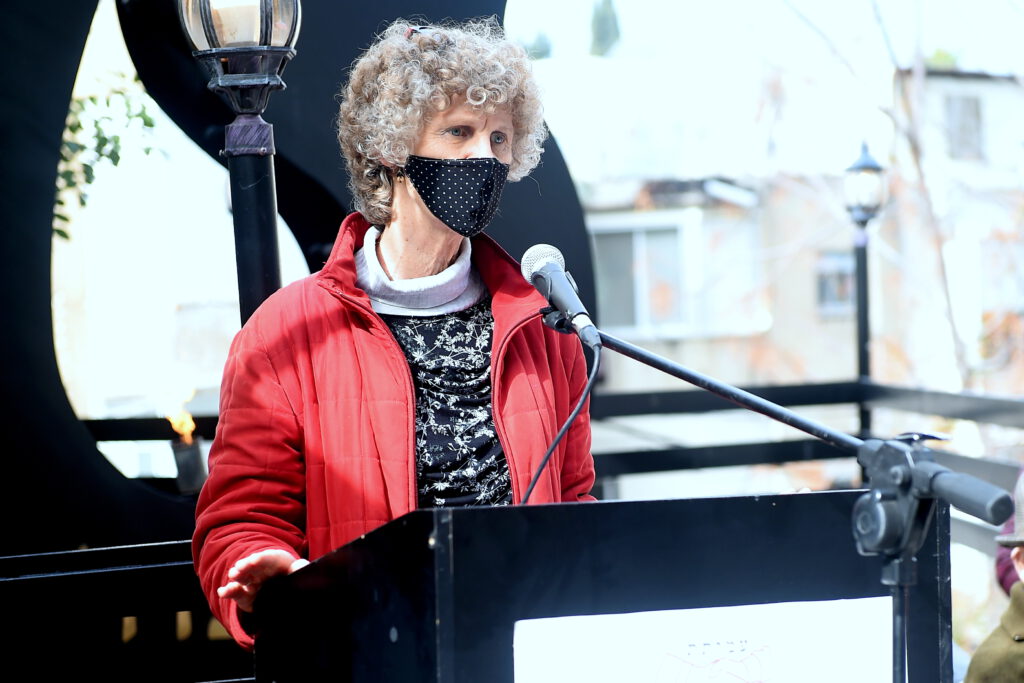 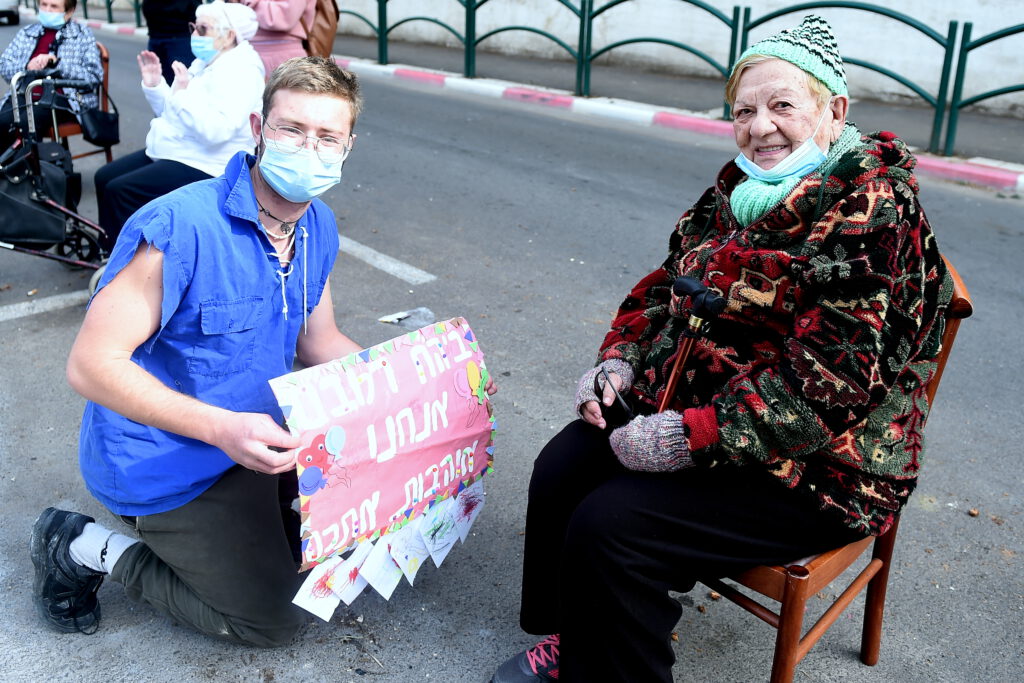 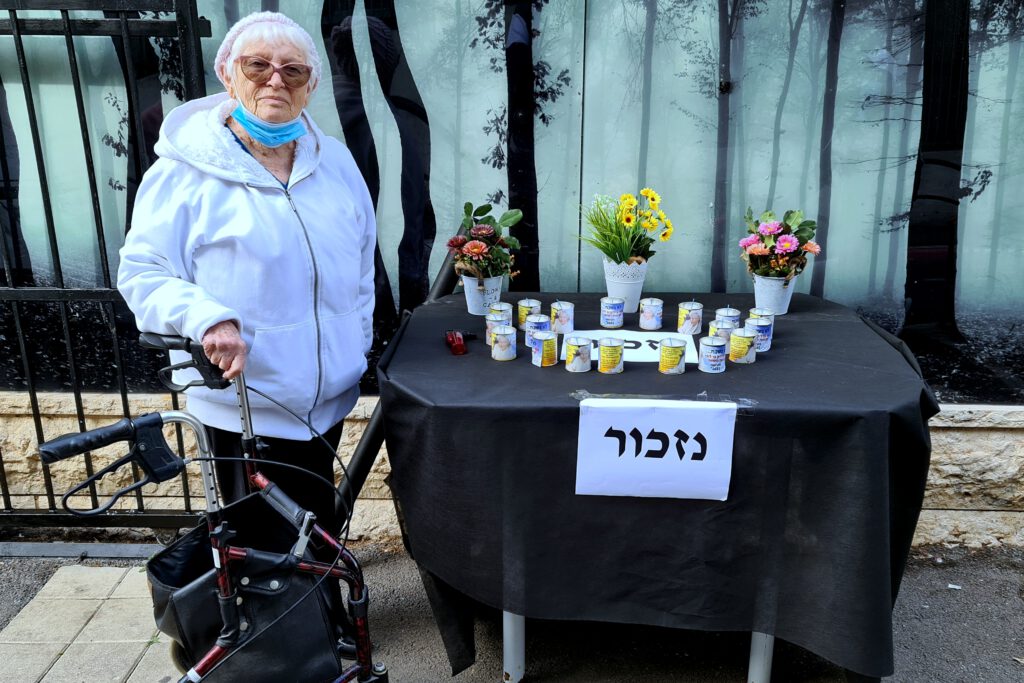 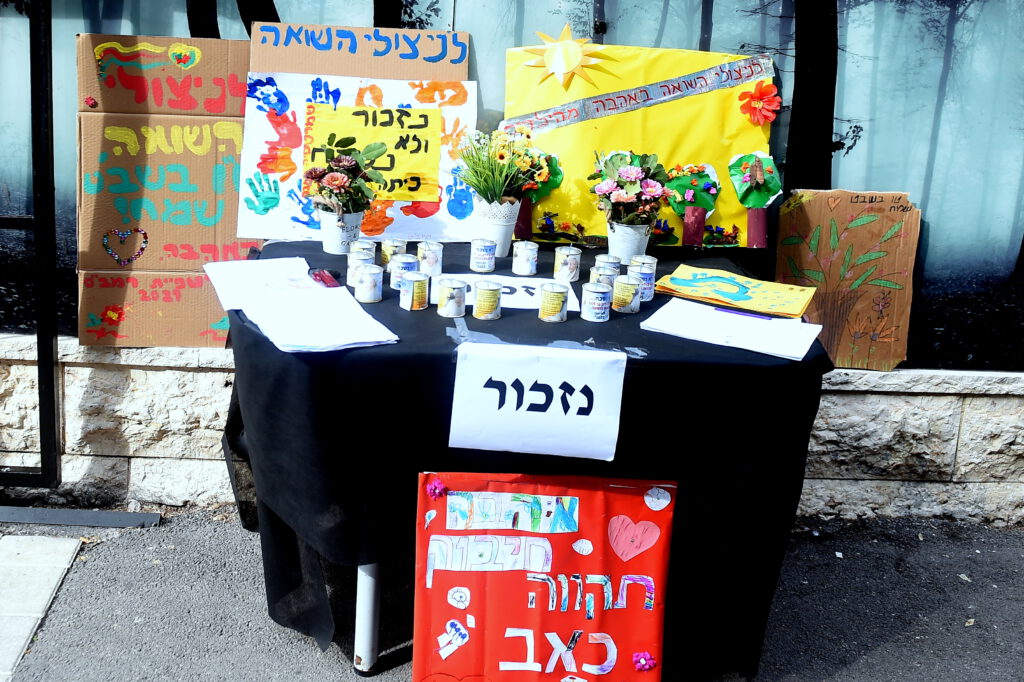