President of Israel Reuven Rivlin greets Holocaust survivors in the warmest of welcomes at the President’s Residence in Jerusalem to mark International Holocaust Memorial Day !

President of Israel Reuven (Rubi) Rivlin met and hosted the Holocaust survivors in great warmth at a meeting of the most exciting caliber, and many present shed a tear.”

The Israeli President further added: “It is no more than our moral duty as a country and as a people, with the window of opportunity gradually closing to promise the generation of survivors the required wellbeing. We, here in this country, owe to the Holocaust survivors these moments that shall not be lacking. The People of Israel is alive, and the survivors are without doubt one of the reasons for that.”

Founder and director of the ‘Yad Ezer Lechaver’ foundation Mr. Shimon Sabag, awarded during the meeting a painting born of the fruits of the paintbrush of a resident at the foundation’s ‘Warm Home’, Holocaust survivor Ms. Manya Hermann and this accompanied Mr. Shalom Shamberg, 92 years old, a Holocaust survivor from Poland who resided in the Warsaw Ghetto and survived the hell of the death camp Auschwitz-Birkenau and his wife Zelda, who is also a Holocaust survivor. Mr. Sabag said in the ceremony full of emotion: “There is no better proof for the Holocaust survivors that the People of Israel, than when the President and the symbol of the country hosts them here today at his residence, the presidential residence with the kind of honour bestowed to kings. If we had had a country at the time of the Second World War, it is clear that there would not have been a Holocaust. Now this is our goal, to strengthen the nation so that those who rise up to destroy us will not succeed and will not even think to do so.” 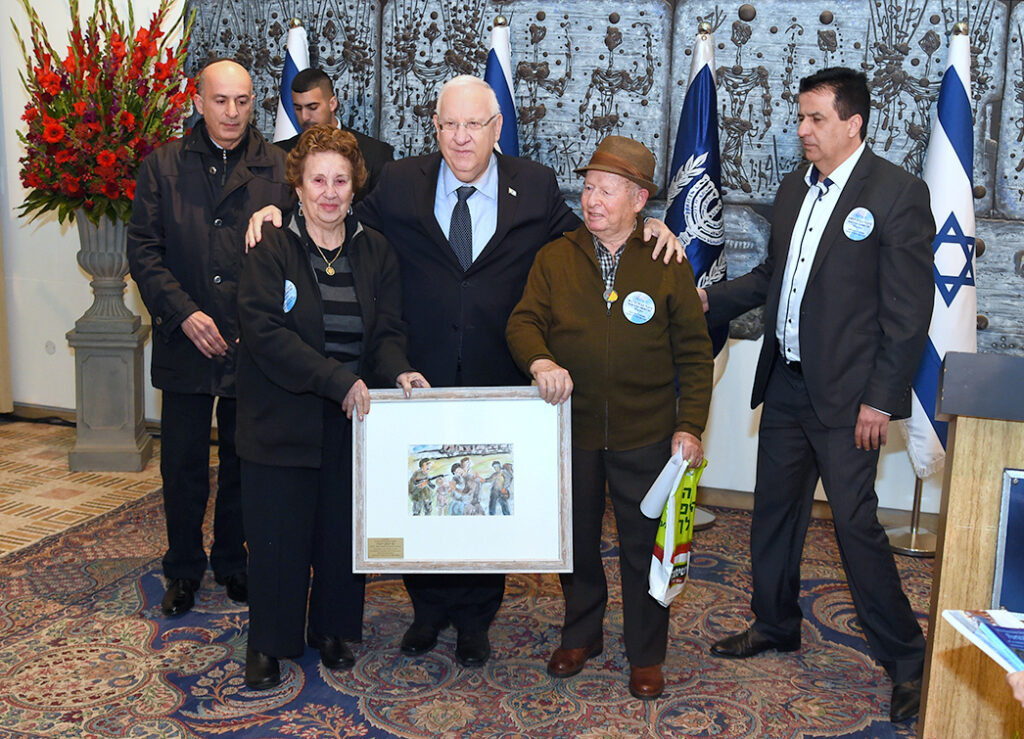