'We are the last Auschwitz survivors'

"The past lives on in me, it cannot be hidden," says Judith Rosenzweig. Now, in old age, her childhood memories are coming back. Rosenzweig was born in 1930, in what was then the Republic of Czechoslovakia. In 1942, she and her family were deported to Theresienstadt. From there, they were taken to the Auschwitz concentration camp. She, her mother and her sister survived the ordeal. After various internments at labor camps, she was sent to the Bergen Belsen concentration camp. Her mother died just one week after the camp was liberated. Judith Rosenzweig never saw her father after they were separated at Auschwitz. She arrived in Israel in 1948, at the age of 18. There, she worked as a nurse and started a family.
Today, the 87-year-old lives at a senior citizens' home for Holocaust survivors in Haifa. The home was started by the Yad Ezer L'Haver (A Helping Hand for a Friend) initiative as a way to help Holocaust survivors in need. It is partially financed with aid from the International Christian Embassy Jerusalem (ICEJ), a Christian Zionist organization.

DW: Mrs. Rosenzweig, you were just a child when the war broke out. How did you experience that time?
Judith Rosenzweig: In my memoirs I wrote: "I was born in paradise, then I was banished, just like Adam and Eve." I was born in 1930, and I was nine years old when the Germans arrived in the Republic of Czechoslovakia. The occupation started with various decrees – we were not allowed to go to the park or the cinema. Then Jewish children were barred from attending school. We were not allowed to study and I only went to four classes. In late 1941 they began deporting Jewish families to the Theresienstadt ghetto. My family was taken there in March 1942. 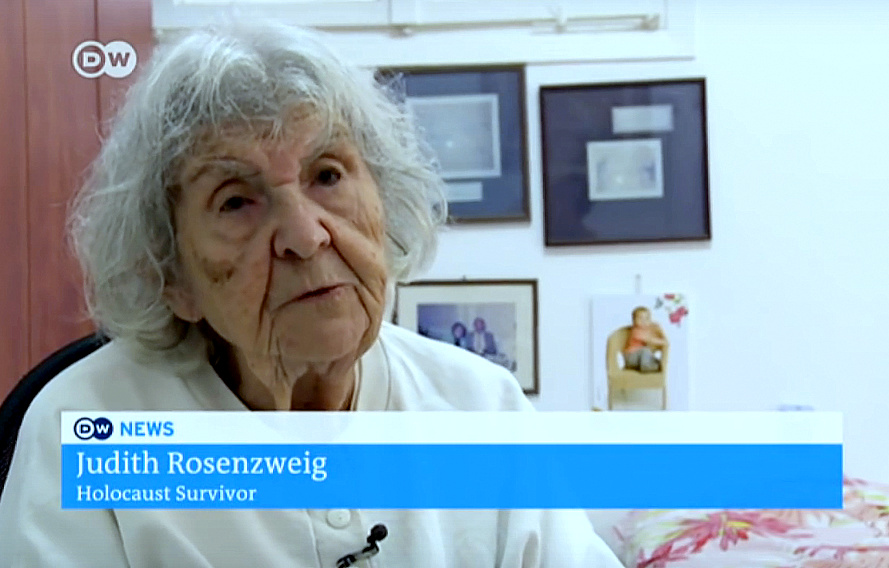 Your memories of Theresienstadt were published in the book "The Girls of Room 28".
I shared a room there with 29 other girls. We were there all day long. The beds were stacked three-high; you couldn't sit up in them. Behind the bed was a board where we kept our personal belongings: toothbrush, comb and soup bowl. And that was all the living space we had. Our guard tried to keep us busy. She also taught us, even though it was forbidden.
In 1944, your family was deported to Auschwitz.
Trains were leaving all the time. We had no idea what was happening to the people that were taken away. In 1944 they took us: my mother, my father and my sister. My brother was already gone by then. When we arrived in Auschwitz the women were put into one line, the men in another. That was the last time I ever saw my father, standing there among the other men. When you arrived in Auschwitz, the camp physician, Dr. Josef Mengele, decided who was fit to work and who wasn't. Those who weren't were sent to the gas chambers immediately. He declared myself, my mother and my sister fit to work. They sent us to a barracks where we had to undress and hand over our clothes. Then they sent us to the showers and gave us very thin clothing. The next day Mengele came in and once again decided who would be sent to work.
Auschwitz was liberated in 1945, but you had been sent to the Bergen Belsen concentration camp as a forced laborer
just a few weeks prior to that.

We weren't in Auschwitz very long before we were sent off to work somewhere else. It was the middle of winter and we were forced to go on foot. In February, we were transported to Bergen Belsen in open railcars. It was a horrific place. Everyone there was dying from starvation and disease. We had to stand outside in the cold for hours each day because we were told that we had to be counted. I was often unconscious, and my mother and sister had to prop me up as we stood there. When the camp was liberated, in April 1945, I suppose the British soldiers that saw us must have been shocked. We were given soup and I immediately felt better. My sister fell ill, and my mother died just one week after the camp was liberated.
After the war you returned to Czechoslovakia. 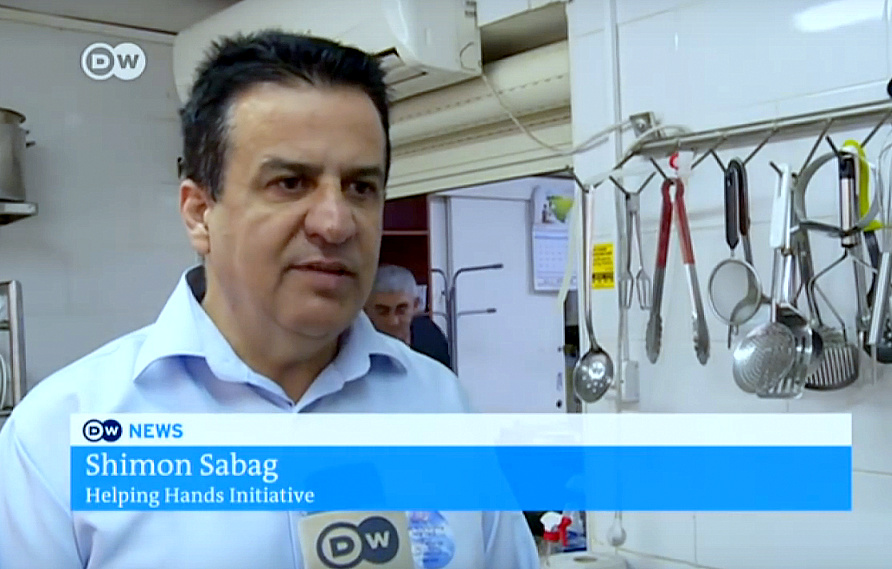 When my sister and I returned home my brother was already there. But the house was empty. I told my brother and sister that I was going to Israel. I didn't want to stay someplace that I was not welcome. But it took two years before I could go to Israel. Eventually I traveled from Marseille to Jaffa. The date was May 15, 1948 – the first day of the state of Israel.
You were 18 when you arrived in Israel. How were you received?
First we were sent to hotels, then we were asked where we wanted to go. The next day we were given bus tickets. I wanted to be near Haifa, where my aunt lived. I wanted to go to school but I was already too old. There wasn't always a lot of understanding for what we had been through. At the time, my aunt asked me what I had experienced in Europe. As I began to tell her she stopped me and said: Oh come on, you are exaggerating. I never spoke about my experience for the next 40 years. It wasn't until I learned that people around the world were denying that the Shoah took place that I decided to speak up.
Today, at 87, you travel and tell your story. How important is it to you that people remember what happened?
It is very important to me because there are always people that say we made it all up. I have been to Germany a couple of times to speak at schools. It is important that our memories aren't forgotten. My generation is the last of those who survived Auschwitz. It is really difficult to understand what was done to Jews, and why. That should never be allowed to happen again, and one must share that message with the world. You cannot kill people because of their religion.
Tania Kr?mer conducted this interview in Haifa.